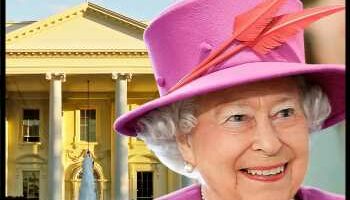 As a mark of respect for the memory of late Queen Elizabeth, President Joe Biden ordered that the US national flag will be flown at half-staff at the White House and at all public buildings and grounds of the country.

The national flag will also remain half-staff at all military posts, naval stations, U.S. naval vessels, United States embassies, legations, consular offices, and other facilities abroad, including all military facilities and naval vessels and stations until the day of the Queen’s funeral.

“In a world of constant change, Queen Elizabeth II was a steadying presence and a source of comfort and pride for generations of Britons, including many who have never known their country without her,” Biden said in a statement.

“Supported by her beloved Prince Philip for 73 years, Queen Elizabeth II led always with grace, an unwavering commitment to duty, and the incomparable power of her example. She endured the dangers and deprivations of a world war alongside the British people and rallied them during the devastation of a global pandemic to look to better days ahead. Through her dedication to her patronages and charities, she supported causes that uplifted people and expanded opportunity. By showing friendship and respect to newly independent nations around the world, she elevated the cause of liberty and fostered enduring bonds that helped strengthen the Commonwealth, which she loved so deeply, into a community to promote peace and shared values,” the statement added.

Biden described Queen Elizabeth as a stateswoman of unmatched dignity and constancy who deepened the bedrock Alliance between the United Kingdom and the United States.

He recalled that she met 14 American presidents, helped Americans commemorate both the anniversary of the founding of Jamestown and the bicentennial of U.S. independence, and stood in solidarity with the United States during the darkest days after 9/11.

The longest-serving British monarch died at Balmoral Castle in Aberdeen, Scotland, Thursday. Her eldest son Charles succeeds her to the throne.

King Charles III is expected to address the nation at 1 PM ET Friday.

The King greeted crowds outside Buckingham Palace on his return to London with the Queen Consort, Camilla.

Gun salutes are being fired and church bells have tolled as the nation paid tribute to the Queen who ruled it for seven decades.

The date of the funeral is yet to be revealed. The Queen’s coffin will lie at rest in Edinburgh for 24 hours in the coming days and will then move to London to lie in state.