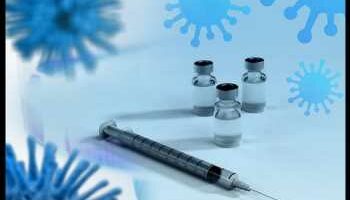 US Reports Highest Daily Count In COVID Cases In 2 Months

32765 new coronavirus infections were reported in the United States on Monday, which is the highest daily count since May 8.

The sudden surge in numbers may be attributed to addition of backlogs due to reporting delay at the weekend.

With this, the national total number of cases has increased to 33,888,739, as per the latest data from Johns Hopkins University.

With 237 additional casualties reporting on Monday, the total COVID death toll in the country reached 607,400.

California reported the most number of cases – 4131 – and COVID-related deaths – 73.

California is the worst affected state in terms of both the COVID metrics. A total of 3,840,696 cases have been reported in the state, while 63,902 people have died due to the disease there.

159.5 million people, or 48 percent of the U.S. population, are fully vaccinated, according to the Centers for Disease Control and Prevention.

79 percent of people above 65 have received both vaccine doses.

Meanwhile, the Washington Post reported that the Food and Drug Administration plans to add a warning about Guillain-Barréa syndrome, a rare side effect linked to the Johnson & Johnson coronavirus vaccine.

About 100 cases of this immune system disorder have been reported among 12.8 million recipients of the J&J vaccine doses administered in the United States, according to the Centers for Disease Control and Prevention.