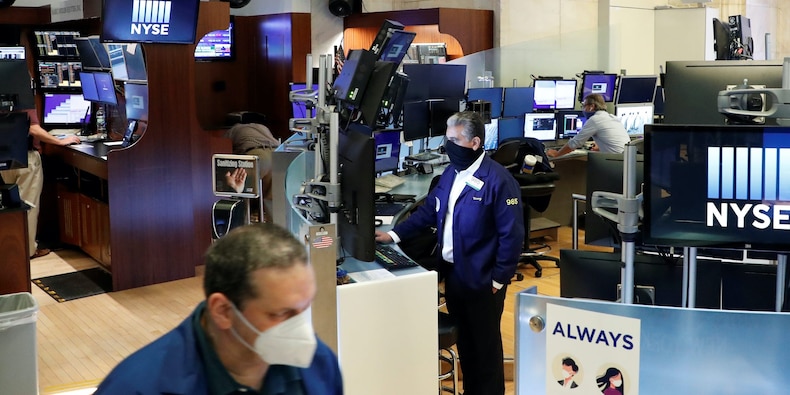 US stocks were slightly lower at the open on Tuesday and bond yields rose as investors awaited President Joe Biden's spending plan and continued to assess the fallout from the Archegos Capital Management implosion.

The 10-year Treasury yield continued its march higher, rising by 5 basis points, to 1.77%, its highest in 14 months, since the start of the pandemic just over a year ago.

"We believe the recent rise in nominal government bond yields, led by real yields, is justified and reflects markets awakening to positive developments on the faster-than-expected activity restart combined with historically large fiscal stimulus – all helped by a ramp-up in vaccinations in the U.S.," a team of strategists from the BlackRock Investment Institute said.

Biden is expected to deliver a speech on infrastructure spending on Wednesday. The plan could include as much as $4 trillion in new outgoings and more than $3 trillion in tax hikes, sources told The Washington Post.

Here's where US indexes stood after the 9:30 a.m. ET open on Tuesday:

Bitcoin rose above $59,000 as PayPal announced it would allow US consumers to use their cryptocurrency holdings to pay at millions of its online merchants. Bitcoin has added nearly $8,000 to its price in the past week.