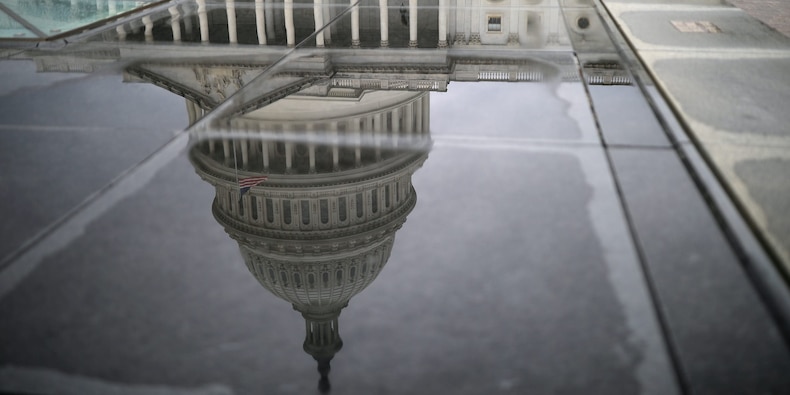 US stocks moved higher in a shortened trading session on Christmas Eve as political wrangling over a $900 billion stimulus bill continued into Thursday after President Trump requested $2,000 stimulus checks to be included.

Pelosi attempted to add an amendment to the bill increasing the size stimulus checks to $2,000 from $600 via unanimous consent, but that initiative failed Thursday morning.

Now, the House of Representatives has adjourned until Monday at 2:00 P.M., leaving it up to President Trump to sign the original stimulus bill that passed the House and Senate earlier this week.

Here’s where US indexes stood shortly after the 9:30 a.m. ET open on Thursday:

Read more: ‘It could be a Roaring 20s that will end badly’: An equities chief who oversees over $7 billion shares his investing playbook and major predictions for 2021 and beyond

Alibaba slid as much as 7% after the Chinese government opened an anti-trust investigation into the e-commerce giant.

Altimmune fell 10% after the FDA put a clinical hold on its intranasal COVID-19 vaccine candidate.

Read more: A hedge fund chief who oversees $2 billion breaks down why we’re in for a 61% stock-market crash over the next 18-24 months – and shares 3 types of companies he’s shorting right now