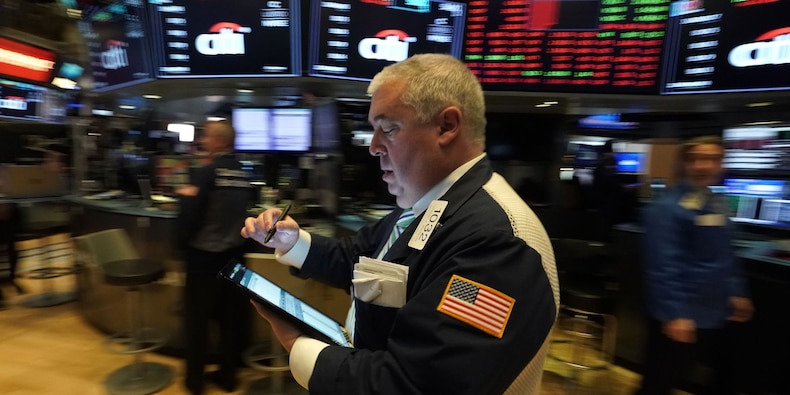 The S&P 500 snapped a four-day losing streak and rose on Tuesday as investors digested continued progress on a new round of fiscal stimulus and positive COVID-19 vaccine developments.

On Monday, a bipartisan group of congressional lawmakers rolled out two stimulus bills containing a total of $908 billion in economic relief. Congress is also approaching a deadline on Friday to avoid a government shutdown.

The first COVID-19 vaccines, from Pfizer, were administered in the US on Monday. On Tuesday, regulators at the Food and Drug Administration said Moderna’s vaccine was safe and effective, setting up an emergency use authorization later this week.

Here’s where US indexes stood shortly after the 9:30 a.m. ET open on Tuesday:

Read more: Bank of America says these 10 stocks of COVID-19 vaccine manufacturers, deliverers, and distributors are set to benefit as the immunization effort gets underway

The US plans to ship 6 million doses of Moderna’s vaccine once the FDA authorizes it – more than double the initial shipment of Pfizer vaccines.

Despite the imminent administration of millions of vaccines, daily COVID-19 cases reported in the US have consistently been near or above 200,000.

In corporate news, Prevail Therapeutics surged as much as 86% after Eli Lilly said it would buy the firm for up to $1 billion to obtain its gene-therapy programs targeting Parkinson’s disease and other ailments.

Read more: Bank of America highlights its top 8 stock picks in the booming housing sector – and explains why the idea that people are fleeing cities because of the pandemic is overblown