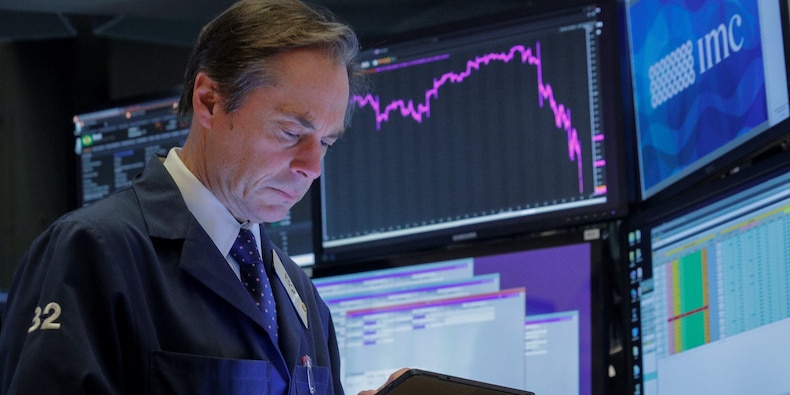 US stocks traded mostly lower on Wednesday following the results of the Georgia Senate runoff elections, which pointed to likely Democratic control of Congress.

Technology stocks led the market lower following the election results, with Wedbush analyst Dan Ives chalking up the decline to the increased likelihood of anti-trust legislation under a Democratic controlled Congress.

Here’s where US indexes stood after the 9:30 a.m. ET open on Wednesday:

Read more: Buy these 30 stocks that handily beat the market in 2020 and are poised for the best global returns in 2021, RBC says

Bitcoin surged to an all-time-high above $35,000 following the Georgia election as investors sought an inflation hedge against the likelihood of increased government spending under President-elect Joe Biden’s administration.

US private-sector employment shrank in December for the first time in 8 months, ADP said, with a private payroll loss of 123,000 in the month.

The yield on the 10-year US treasury topped 1% for the first time since March following the Georgia election results.

Read more: The space industry will grow by over $1 trillion in the next decade, says Bank of America. Here are the 14 stocks best-positioned to benefit from the boom.