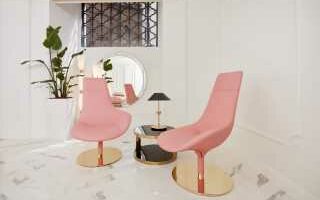 MILAN — Milan’s international Salone del Mobile may have been postponed to September due to the impact of the pandemic, but Versace is unveiling a flagship and showroom today dedicated to its Home line in Milan, coinciding with Design Week.

Located in Via Durini 11, in an area dedicated to design and furniture, the store opens in a collaboration with dealer Interni SpA in a classic, stately Milanese palazzo.

“Via Durini is the Via Montenapoleone of furniture, and, although it’s just a soft opening now, Design Week is a fitting moment to present the new store and the new collection,” said Brenda Basso, vice president Versace Home Licensing.

The facade of the store is interspersed with monumental Ionic columns, on top of which stand statues representing the arts.

At the entrance, LED lights illuminate an imposing flight of stairs, framed by mega-screens and video walls.

The unit is structured like a real home, with an entrance hall, a dining room, long corridors and a master suite comprising a bedroom and a sitting room, and includes a garden, which is hidden at first sight. “You don’t feel like you are entering a furniture store, it’s like walking into a luxurious home,” said Basso.

All of the Fashion at the 2021 BAFTA Awards

Symmetrical frames decorate the walls, gold leaf accents serve as a backdrop to display bookcases and curtains made with wire mesh panels with an industrial style — a tribute to Versace’s fabric research. A graphic Greek pattern runs throughout the space, an unmistakable reference to Versace’s signature motif, but as Basso noted, these details are not overbearing, sometimes “tone-on-tone, allowing the furniture to really stand out in the store.”

As reported, Versace is planning to further expand its home line, previously manufactured internally, with the new license.

Under this agreement, Versace is introducing three key designs in the store — the Venus armchair, the Goddess sofa and the Stiletto cabinet.

“It was fundamental to avoid a detachment from the Versace maison and to find the best partner that would interpret the codes of the brand and bring forward a category that has been so important for the company for so many years,” said Basso. “The home collection was very important for Gianni Versace and he was a pioneer in the idea of sharing the Versace lifestyle with the world through the way he lived, the bed he slept in, the cup he drank his coffee in.”

The Venus armchair pays tribute to Versace’s fashion collection, as its asymmetric design is made with supple black leather upholstery, and is embellished with a gleaming zip on the reverse adorned with a signature Medusa plaque. Golden steel finishing touches reference the brand’s penchant for hardware. 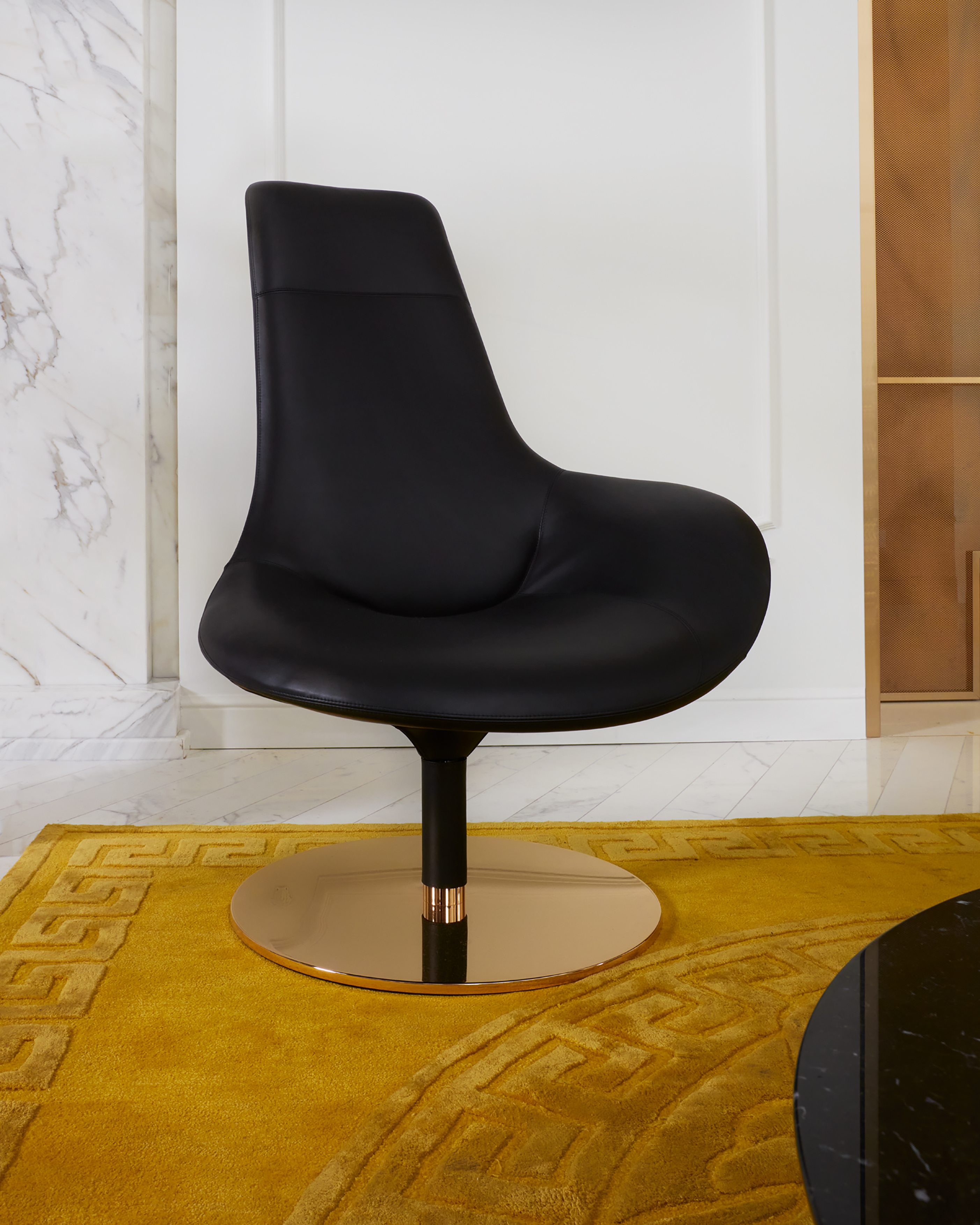 The Venus Goddess sofa references Versace’s sensual designs with its curved lines, reminiscent of the brand’s leather jackets.The Goddess sofa is available in two or three seater versions, modular with central or side elements, chaise longue and pouf. 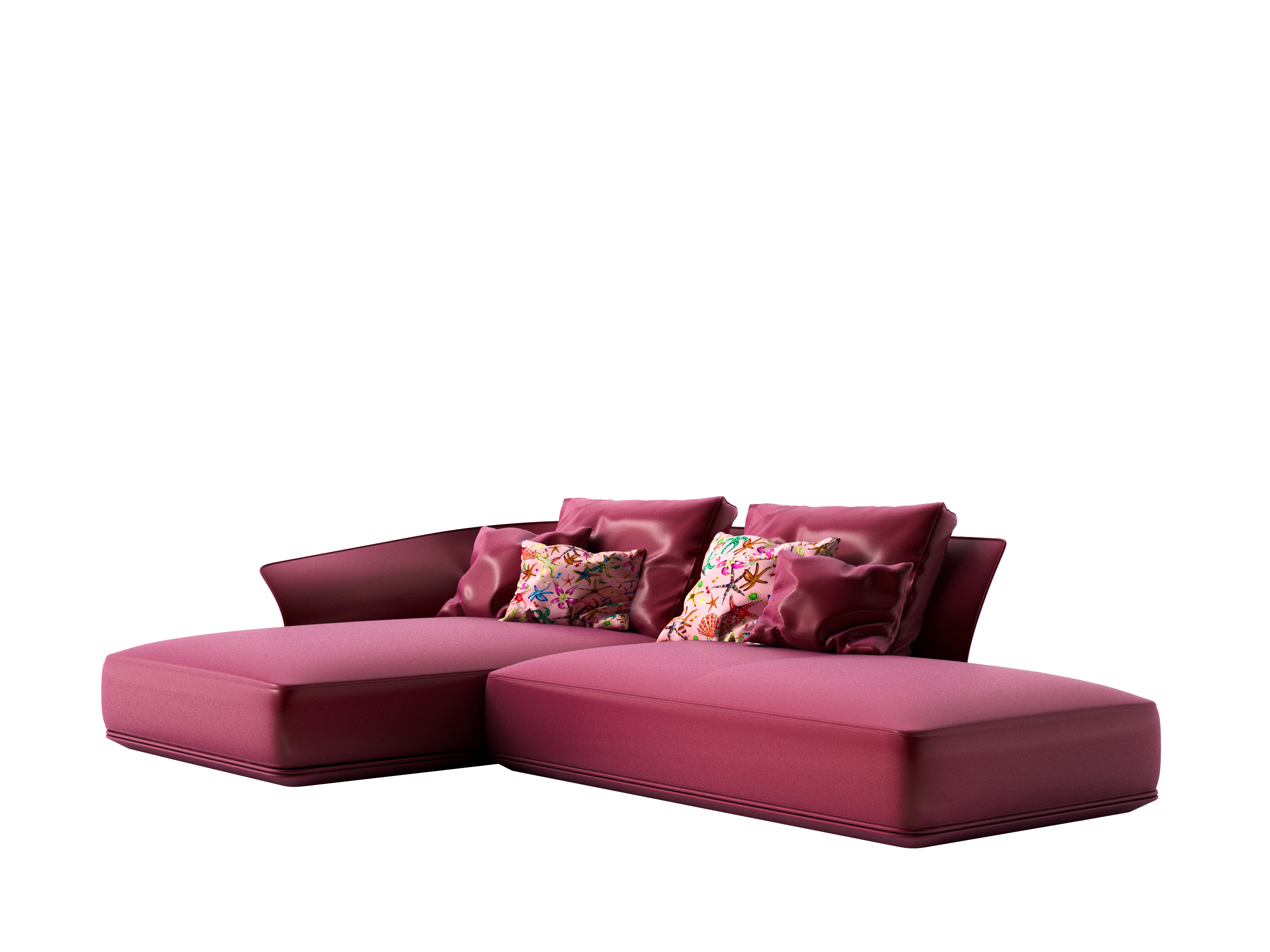 The Stiletto cabinet is made in lacquered wood with clear, stratified glass elements and its clean lines contrast with bold colors and doors embellished with Versace’s signature prints, including the Virtus and the Jungle, the Medusa Amplified and the Trésor de la Mer. Medusa handles complete the design. 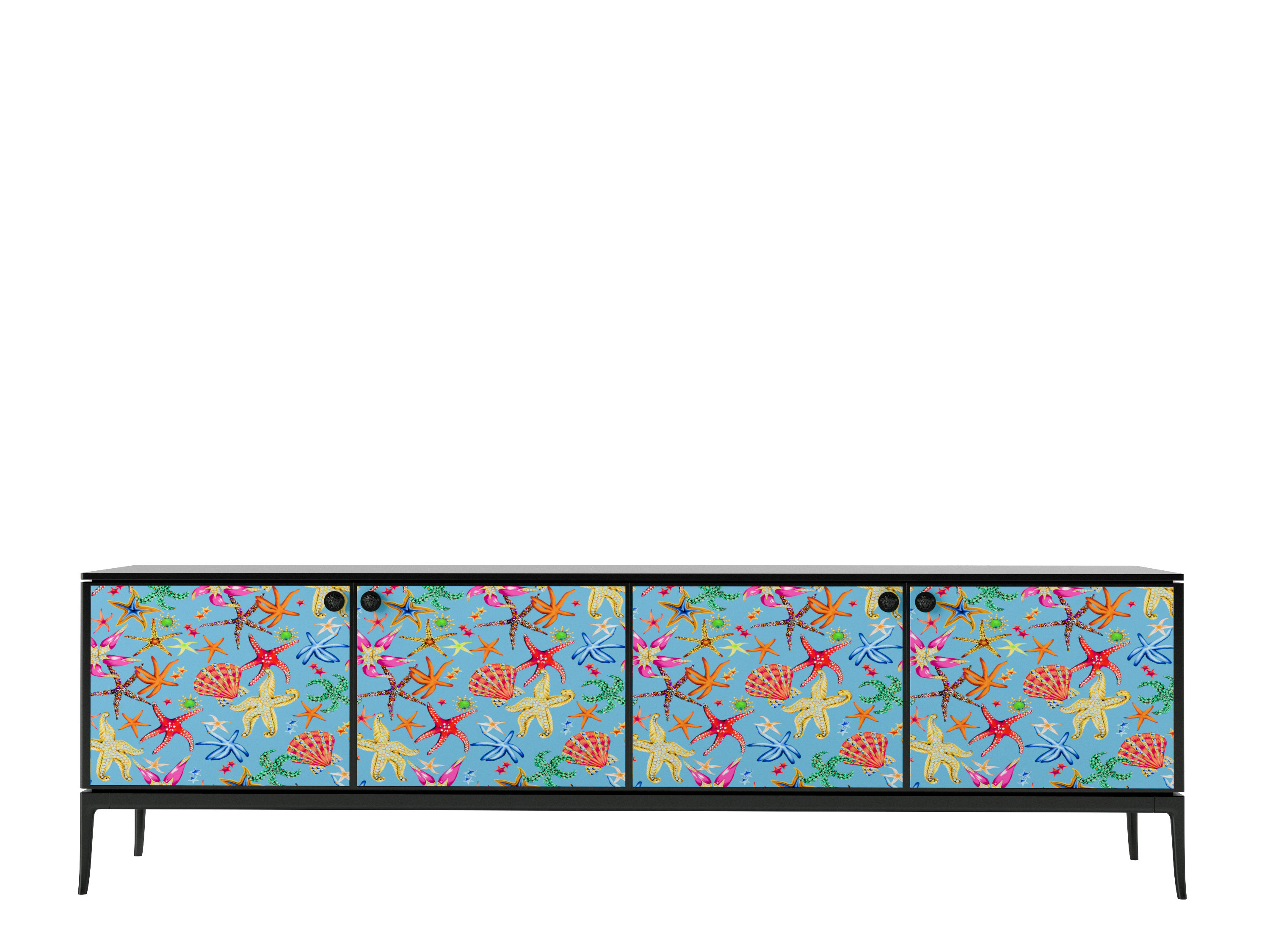 “The craftsmanship and attention to details is paramount — the armrest of the Goddess sofa is designed like the collar of a biker jacket, and the leg of the cabinet like a stiletto heel,” noted Basso. “Confident, bold, glamorous and modern are fundamental elements in Versace’s fashion as much as in its home line.”

The Milan flagship is the first of at least five such stores in the pipeline, said Basso. “In 2021, a unit will open in London and possibly in Miami to coincide with Art Basel in December, followed by Paris next year, then Los Angeles and New York.”

Versace was one of the first fashion houses to launch home interiors in 1992, focused first on textiles. Porcelain tableware collections followed, inspired by the brand’s distinctive patterns, such as the Baroque themes, the Greek frieze, the signature Medusa head and some of the prints from the fashion collections, such as the Jungle print — forever associated with Jennifer Lopez and her 2000 Grammy Awards dress.

The collection has grown to include clothing for the bedroom and bathroom, furniture, wallpaper and accessories including vases, candles and even sculptures. The agreement with Lifestyle Design pertains only to Versace’s furniture. The brand’s textiles and accessories will continue to be produced internally, while Rosenthal remains its ceramics licensee. AS Création and Gardenia will continue to produce Versace’s wallpaper and floor tiles, respectively.

Over the last 30 years, Luxury Living has produced and distributed high-end designs under licensing agreements with the likes of Fendi Casa, Bentley Home, Trussardi Casa and Bugatti Home, as well as its own Luxury Living brand.