Joel Grimwood was dying. A bacterial slime impervious to antibiotics was growing on a life-sustaining heart implant, infecting his sternum, poisoning his blood, and slowly consuming his chest tissue. His implanted heart pump was meant to be a short-term solution while he waited for a heart transplant but, once it was infected, it couldn’t be safely removed. The operation would risk pushing the maelstrom of Staphylococcus aureus bacteria more directly into his system, which could kill him much faster. Four hospitals had denied Grimwood a transplant because of the infection, which had required some 40 surgical scrapings over three years and left him with a Key lime-size open wound in his chest. Finally his physicians opted for a different strategy: turning bacteria-eating viruses loose inside of him.

Just a week after the daily treatments began last year, Grimwood says, he felt better and more energetic, and the staph seemed to be on the defensive. “It was like it ate the bacteria,” he says of the treatments, “and then when all the bacteria was gone, it just went away.” A month later he got his heart transplant.

Grimwood is one of about 50 patients who’ve been treated in the U.S. with doctor-directed infusions of billions of the arachnoid-looking viruses known as phages. At the University of California at San Diego and elsewhere around the world, researchers and drugmakers are betting that so-called phage therapy can help close the growing gaps in medical treatment created by the spread of antibiotic-resistant bacteria and other superbugs. They say phages are the ultimate biodegradable “smart bomb” because they can be programmed to destroy a single harmful bacterium without blowing up other, helpful strains that occur naturally in a person’s body, as antibiotics do. “It’s really important to keep the microbiome intact to the extent possible,” says Steffanie Strathdee, UCSD’s associate dean of global health sciences and co-director of a phage therapy center.

Pharmaceutical companies have taken notice.BiomX Inc., which is using phages to treat patients for strains of bacteria linked to ulcerative colitis and other chronic diseases, has teamed with Johnson & Johnson’sJanssen Pharmaceuticals unit to work on therapies for inflammatory bowel diseases. Janssen has also announced a licensing deal withLocus Biosciences Inc. to genetically engineer phages that can fight infections of the respiratory tract and other organ systems. The U.S. National Institutes of Health has supported a series of phage research projects, including a three-phage cocktail that successfully treated the drug-resistant abscesses in a gravely ill teenager with cystic fibrosis.

You’re signed outVideos you watch may be added to the TV’s watch history and influence TV recommendations. To avoid this, cancel and sign in to YouTube on your computer.

Try watching this video on www.youtube.com, or enable JavaScript if it is disabled in your browser.

Although most of these projects remain years away from the open market, scientists and pharma companies are optimistic that synthetic biology will speed the discovery and development of medically useful phages, as well as make them patentable and thus far more profitable. “Once you get good investments, you’ll be surprised where the field goes,” says Anthony Fauci, director of the National Institute of Allergy and Infectious Diseases.

The medical use of antibacterial viruses dates back a century. It flourished in the Soviet Union under Josef Stalin but fell out of use in the West with the advent of penicillin and subsequent antibiotics. Now, however, bacteria are rapidly accumulating antibiotic-resistant genes in response to the use of these drugs in human medicine and agriculture. An antibiotic-resistant infection kills someone in the U.S. roughly every 15 minutes, the Centers for Disease Control and Preventionreported on Nov. 13. So scientists are trying to take better advantage of some other phage properties, too, including some phages’ abilities to make bacteria less virulent and even reverse drug resistance. 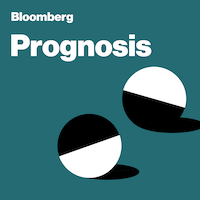 ShareSubscribeCookie PolicySubscribe to PrognosisKeep up to date by subscribing to this podcastShare Superbugs’ Natural PredatorShare this episode with your friendsCookie PolicyThis player is hosted by Megaphone, a podcast publishing platform run by Panoply. By using Megaphone’s player you are consenting to our use of cookies, which we use to improve user experience. Please refer to our privacy policy to learn more.

That was the case with Tom Patterson, a psychiatry professor at UCSD who in 2016 fell critically ill and became the first U.S. patient treated with this kind of therapy for a systemic superbug. With a severe abdominal infection that resisted all known antibiotics, he was soon comatose and close to death. Strathdee, Patterson’s wife, suggested phages in a final attempt to save him. “A couple of days after we began intravenous phage therapy,” she says, “he lifted his head off the pillow and kissed his daughter’s hand.” While fending off the phage, the bacterium inadvertently disrupted some of its own antibiotic-evading abilities, rendering it susceptible to a cheap pill often used to treat acne.

The pharma companies continue to tinker with phages’ genetic codes, but it’s been a challenge for scientists to find viruses that precisely match their bacterial targets. Martha Clokie, who runs a phage research lab and teaches at the University of Leicester, about 100 miles north of London, spent years hunting for the bane of the deadly diarrheal bacterium Clostridioides difficile, or C. diff, which kills about 13,000 Americans a year. She eventually found some promising samples in the smelly estuarine soils of southeast England and is testing them in hamsters. And she’s using another phage to target salmonella. “In each new phage you find,” Clokie says, “there are new things that you can never dream of.” —With John Lauerman