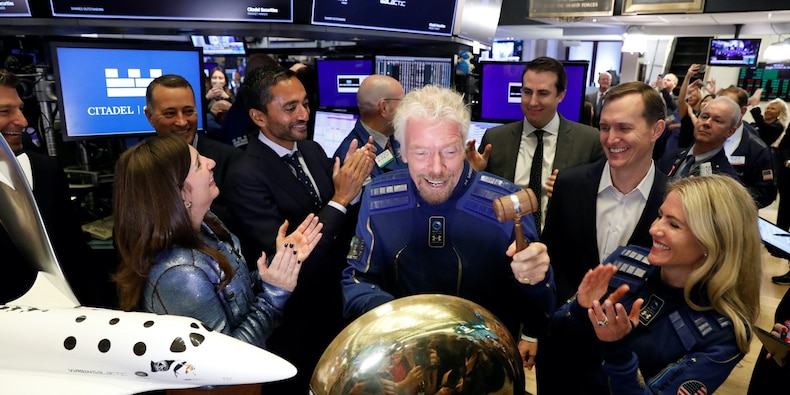 Virgin Galactic climbed as much as 8.9% on Tuesday as investors continued to cheer the company’s plans to redo a test flight as soon as February.

The space tourism company announced on Monday that it will conduct a new rocket-powered trial of its SpaceShipTwo Unity craft as early as February 13. The flight will test updates to the spacecraft after an online computer issue halted the ignition of its rocket during a December flight, Virgin Galactic said in a press release.

The company’s team has analyzed and corrected the supposed cause of the ignition failure and conducted “extensive” testing of the craft on the ground, according to the release.

“The next stage will be to assess and verify this work during a rocket-powered flight,” the firm added.

Shares quickly pared gains after the open and wavered at Monday’s closing level as of 9:40 a.m. ET.

Monday’s update drove shares nearly 22% higher into the close and saw Virgin Galactic end the session at a record high. The company’s shares have more than doubled in 2021 so far.

Virgin Galactic’s shares moved similarly in December in the run-up to its failed test run. Announcement of the test’s launch window lifted the stock before the less-than-ideal result saw prices tumble.

The stock was also recently lifted by the news that Cathie Wood’s Ark Investment Management will create a space-focused exchange-traded fund in the near future. Ark ETFs were among the best performers of such funds last year. The product will track companies focusing on space exploration, travel, and innovation.

The February test will be the first to take off from Spaceport America in New Mexico. Virgin Galactic named the spaceport as its new hub in late 2020 after previously conducting tests at the Mojave Air and Space Port in California. Additional tests are expected after Virgin Galactic retries its rocket-powered flight in February.