(Reuters) – Wall Street’s main indexes were set to open near record highs on Wednesday, as a largely upbeat corporate earnings season and optimism around a U.S.-China trade truce drive a rally in stocks. 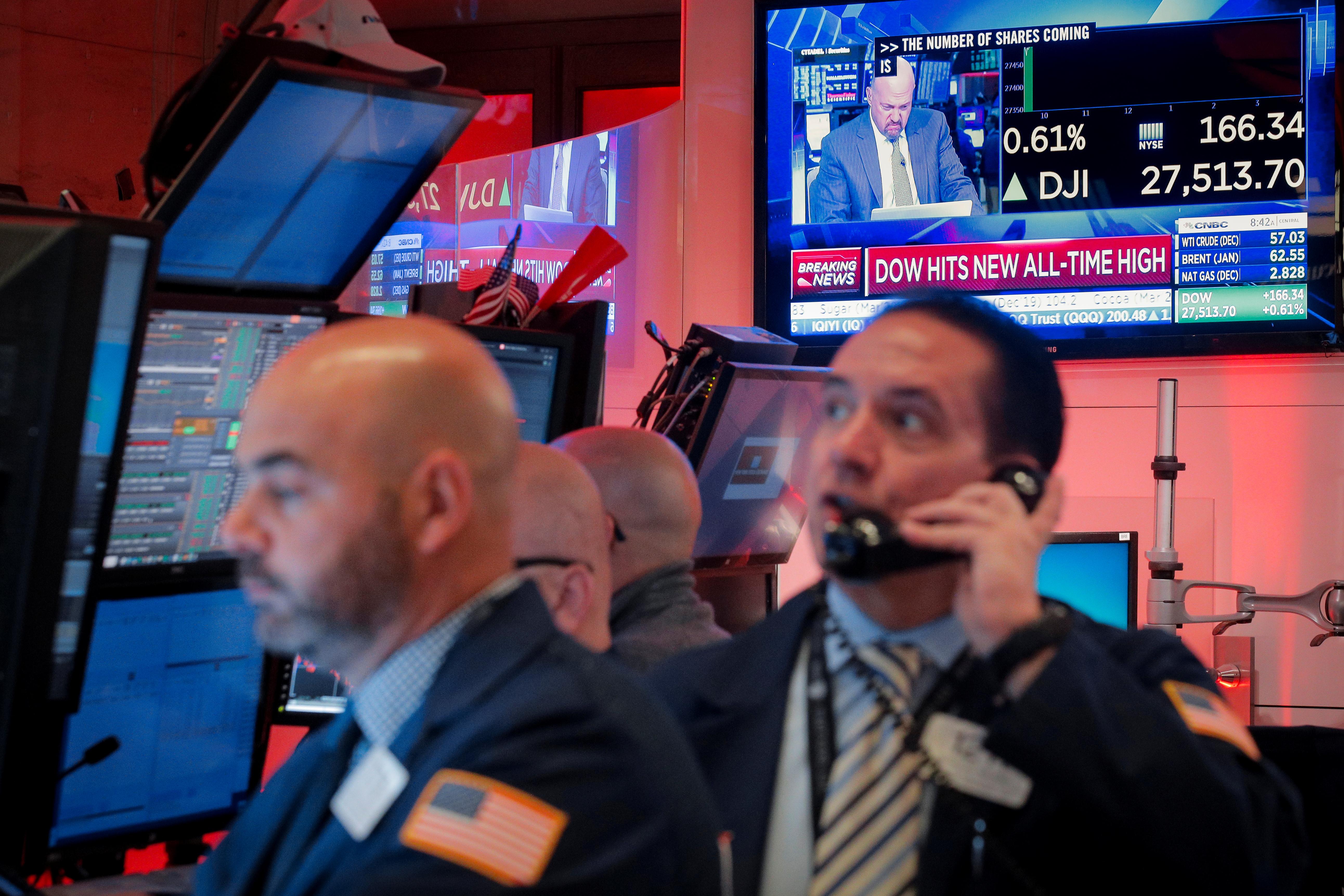 Latest reports on the trade front said the world’s top two economies were still working out the details of a “phase one” trade deal, which could be signed later this month.

Investors are closely tracking data to assess the fallout of the trade war on the domestic economy. A fresh crop of indicators this week has been mixed, with the ISM services index showing a better-than-expected reading, but nonfarm productivity falling.

“We’re at a place now where the three things that have been driving markets have continued to be consistently constructive: better-than-expected earnings, data apart from manufacturing is better and the tone around trade is as good as we’ve seen in the cycle,” said Art Hogan, chief market strategist at National Securities in New York.

Of the 383 S&P 500 companies that have reported third-quarter results so far, nearly three quarters have beaten profit expectations, according to IBES data from Refinitiv.

To some extent, however, those figures reflect the significantly lowered expectations of analysts, who had forecast the first earnings drop since late 2016, and doubts linger about the market’s ability to rally much further this year.

But shares of Capri Holdings Ltd (CPRI.N) dropped 1.7% after missing profit estimates, as protests in Hong Kong and negative Chinese consumer reaction to an “incorrectly labeled” T-shirt hurt sales of its Versace brand.

HP Inc (HPQ.N) jumped 8% after a report that Xerox Holdings Corp (XRX.N) was considering an offer for the personal computer maker at a premium to its market value of about $27 billion. Xerox shares were down 3.8%.