NEW YORK (Reuters) – The S&P 500 and the Dow closed lower on Monday after a new round of U.S.-China trade tariffs kicked in, dampening last week’s hopes for talks between the two countries, and as investors awaited a widely expected interest rate hike by the Federal Reserve. 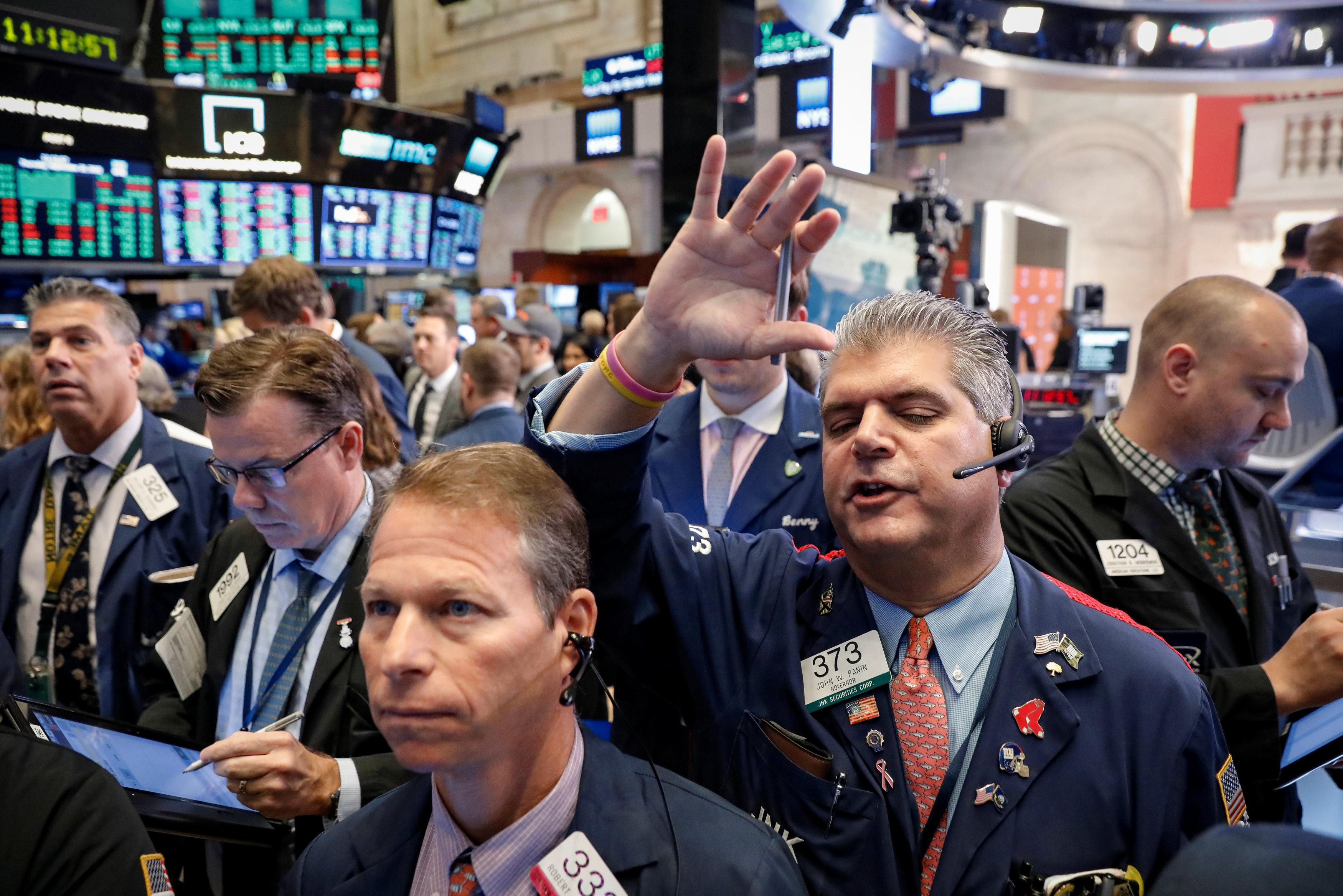 Seven of the S&P’s 11 major sectors lost ground after U.S. tariffs on some $200 billion worth of Chinese goods took effect, along with Beijing’s retaliatory duties.

“Investors are starting to see the writing on the wall that China is starting to dig in its heels and so is the U.S,” said Chris Zaccarelli, chief investment officer at Independent Advisor Alliance, in Charlotte, North Carolina. “It’s a general risk-off tone, a sense that people are becoming a little bit more cautious.”

U.S. equities made strong gains last week as investors held out hope that the United States and China would hold trade talks. But with both sides now looking entrenched in their positions, Zaccarelli said he “wouldn’t be surprised if we gave up all our gains from last week.”

The industrial sector .SPLRCI, which has borne the brunt of the protracted trade war, was one of the biggest drags on the S&P with a 1.3 percent drop.

Interest rate sensitive sectors such as consumer staples .SPLRCS, down 1.5 percent, and real estate .SPLRCREC, off 1.9 percent, were under pressure ahead of the two-day Fed meeting that begins on Tuesday and is widely expected to end with a rate hike.

The biggest percentage gainer among the S&P sectors was energy .SPNY as oil prices rose to a four-year high, above $80 a barrel, after Saudi Arabia and Russia ruled out any immediate increase in production despite calls by U.S. President Donald Trump for action to raise global supply.

The technology sector .SPLRCT closed up 0.3 percent, lifted by a 1.4 percent gain in Apple Inc (AAPL.O), whose products have been spared from the new tariffs on China.

The biggest boost to the new index, which houses media and telecom stocks, was Facebook Inc (FB.O), which closed up 1.5 percent.

Investors were rattled by reports in the late morning that U.S. Deputy Attorney General Rod Rosenstein would quit. But indexes steadied after the White House announced a Thursday meeting between Trump and Rosenstein, who oversees the special counsel’s probe into Russia’s role in Trump’s 2016 election.

Declining issues outnumbered advancing ones on the NYSE by a 2.03-to-1 ratio; on Nasdaq, a 1.55-to-1 ratio favored decliners.

About 6.96 billion shares changed hands on U.S. exchanges compared with a 6.65 billion average for the last 20 sessions.

‘Do one!’ Britons furious as Macron demands Boris give up UK waters for 25 YEARS
Industies News