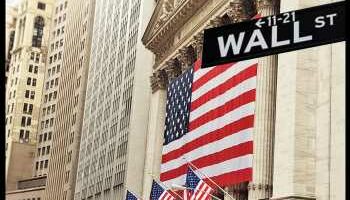 U.S. stocks are likely to open on a flat note Monday morning with investors looking for direction.

The focus will be on a potential new infrastructure deal announced late last week, news about coronavirus infections in Europe and the Didi Chuxing IPO, which is seeing strong demand from investors.

With a slew of crucial economic data, including non-farm payrolls employment, and reports and manufacturing activity and factory orders for the month of July, due later in the week, the mood is likely to remain somewhat cautious.

According to reports Republican Senate negotiators are optimistic about the $1.2 trillion bipartisan infrastructure bill after President Joe Biden withdrew his threat to veto the measure unless a separate Democratic spending plan also passes Congress.

U.S. stocks closed on a firm note on Friday as optimism about strong economic growth outweighed concerns about inflation, prompting traders to build up fresh positions at several counters.

Asian stocks ended on a muted note Monday, as inflation continued to be a worry and a spike in coronavirus cases across several markets in the region over the weekend led to lockdowns and restrictions in some areas.

European stocks are down in negative territory amid worries about a surge in the highly contagious delta variant of Covid-19 across the globe. Data showing a drop in China’s industrial profits in the month of May is weighing as well.

Crude oil prices are down marginally. West Texas Intermediate Crude oil futures for August are down $0.05 or about 0.06% at 74.00 a barrel.