Wall Street set for mixed open with earnings in spotlight

(Reuters) – U.S. stocks were set for a flat to slightly higher open on Thursday, as investors assessed the latest batch of earnings, while the Federal Reserve dented hopes of interest rate cut. 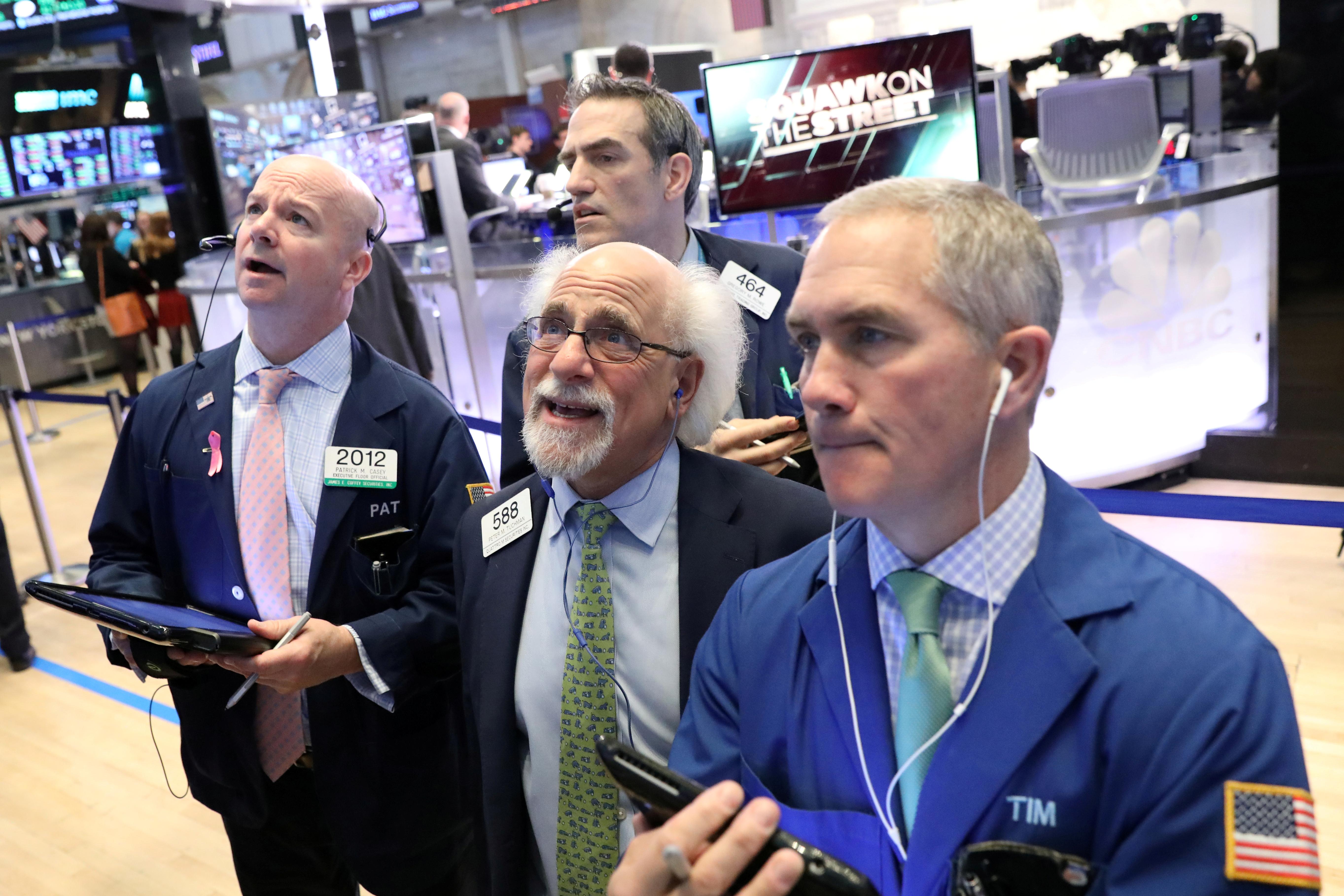 The benchmark S&P 500 index snapped a three-day streak of closing at record highs on Wednesday after Fed Chairman Jerome Powell stuck with the rate outlook and said the relapse in inflation rates was likely temporary.

The Fed signaled little appetite to adjust rates any time soon, taking heart in continued job gains and economic growth and the likelihood that weak inflation will edge higher.

Traders of U.S. short-term interest rate futures trimmed their bets that the central bank would cut rates before the end of the year.

“Probably the market is not going to do much of anything and I say that because earnings are now winding down,” said Peter Cardillo, chief market economist at Spartan Capital Securities in New York.

“Investors are going to dwell on Powell’s comments. He said there is no need to cut rates anytime soon or indicated that next move might not be a rate cut.”

Over halfway through earnings season, analysts now expect first-quarter earnings to rise 0.5% compared with a 2% fall estimated at the beginning of April, according to Refinitiv data.

Set to weigh on the Dow Jones Industrial Average was 3M Co, which dropped 0.7% after the industrial conglomerate said it would buy privately held medical device maker Acelity Inc in a deal valued at $6.7 billion.

Dow Inc, the commodity chemicals division spun off from DowDuPont Inc, slipped 2% after reporting a 24 percent fall in core earnings.

Hanesbrands rose 4.5% after the innerwear maker delivered first-quarter profit and sales ahead of analysts’ estimates.

Data at 10 a.m. ET will likely show factory goods orders to have increased 1.5% in March after a fall of 0.5% in the month before.

Some hope emerged on the trade front after reports that the United States and China may be nearing a deal that would roll back some of the U.S. tariffs on $250 billion worth of Chinese goods.