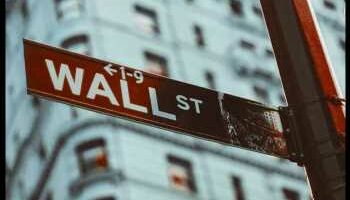 Reactions to Consumer Price Inflation might be the focus on Wednesday. Early signs from the U.S. Futures Index suggest that Wall Street might open broadly lower.

On the economic front, the Labor Department’s Consumer Price Index or CPI for July will be published at 8.30 am ET. The consensus is for an increase of 0.5 percent, while it was up 0.9 percent in the previous month.

Atlanta Fed Business Inflation Expectations for August will be issued at 10.00 am ET. In the prior month, the inflation expectations were up 2.8 percent.

A ten-year Treasury Note Auction will be held at 1.00 pm ET.

Atlanta Federal Reserve Bank President Raphael Bostic to give a lecture, “The Federal Reserve’s Role in Making This an Economy That Works for Everyone” at the Chautauqua Institution, in partnership with the African American Heritage House of Chautauqua at 10.30 am ET.

The Euro Stoxx 50 Index, which is a compilation of 50 blue chip stocks across the euro area, is up 0.15 percent.