(Reuters) – Wall Street’s main stock indexes moved in and out of positive territory on Tuesday as investors digested positive retailer earnings and economic data and eyed a key level for the benchmark S&P 500 index. 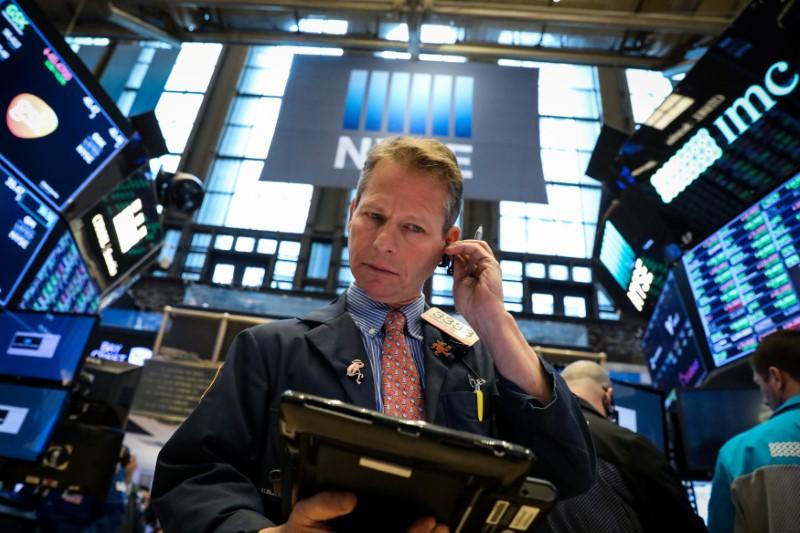 Concerns over U.S.-China trade relations also hovered over the market, as Secretary of State Mike Pompeo said President Donald Trump would reject a trade deal that was not perfect, but the United States would still keep working on an agreement.

Optimism over a U.S.-China trade deal and over the Federal Reserve being less aggressive in raising interest rates has helped boost the S&P 500 by 11 percent this year, but the index has struggled to move above 2,800.

“When you are here at that important level in the S&P 500, it’s healthier to see the market slow down, pause, take account of the micro and the macro and absorb the good news,” said Quincy Krosby, chief market strategist at Prudential Financial in Newark, New Jersey.

“To see the market pause right now, as opposed to a deep sell off, is encouraging,” Krosby said.

In other corporate news, General Electric shares dropped 5.3 percent as the conglomerate forecast an outright fall in free cash flow from its industrial business this year on the back of continuing weakness in its power unit.

In economic news, sales of new U.S. single-family homes rose to a seven-month high in December, but November’s outsized jump was revised lower, pointing to continued weakness in the housing market. Other data showed a rebound in growth in the vast services sector in February amid a surge in new orders.

Declining issues outnumbered advancing ones on the NYSE by a 1.01-to-1 ratio; on Nasdaq, a 1.02-to-1 ratio favored decliners.