‘… the government provides adequate cash and kind support for the poorest of the poor for survival…
…conditional cash and skilling support for the economically poor to raise their incomes to adequate levels…
…and make functional arrangements for providing unemployment allowance to the vulnerable poor during disasters like the present one.’ 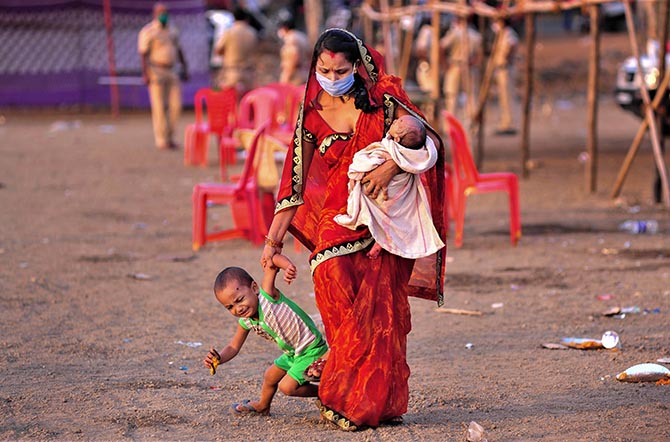 “The poverty focus of the government must continue,”Subhash Garg, former Union finance and economic affairs secretary, tells Aditi Phadnis. The concluding segment of a two-part interview:

State finances are under extreme pressure: There is no revenue — not from alcohol, tolls, property or petrol and diesel sales. But salaries and pensions will have to continue to be paid.
Where will the money come from?

State finances, even in normal times, are strait-jacket.

About half of the states’s tax revenues devolve from share in central taxes.

States have ceded policy control on SGST to the GST Council.

Less than one fourth of state tax revenues — excise duty on liquor, stamp duty on property transactions etc — only is in the state governments’s control.

The states could collect only 10 to 25 per cent of their own tax revenues in April.

Situation might improve somewhat in May, but nowhere close to normal.

States are staring at about 25 per cent less share in central taxes this year.

A lot of revenue gets spent on salaries, pensions, interest payments and implementation of centrally sponsored schemes (CSSs).

Desperate state of finances has forced many states to defer salaries and allowances.

GST, CSSs, operation of Disaster Management Act and ‘stimulus’ packages have fundamentally altered the basic nature of fiscal federalism in the country.

From being a “cooperative federalism”, nature of fiscal relations between the Centre and the states has become very close to being “competitive unionism”.

States negotiated hard to get guarantee of 14 per cent compounded increase in their VAT revenues when Centre pushed GST.

Centre negotiated and succeeded to limit compensation for five years.

Massive shortfall in the GST revenues in 2019-20 created big tension between states and the Centre.

The Centre first delayed. The GST compensation to the states has not been paid fully yet.

The situation would be worse this year. The compensation demand might exceed Rs 2.5 trillion.

The Centre is required to share 42 per cent of tax revenues with states.

However, cesses and surcharges are not shared. CRIF levied on petrol and diesel is expected to yield additional Rs 1 trillion.

But this will not be shared with the states. Centre transfers states’ projected share (about Rs 8 trillion this year) in 14 instalments.

There is every likelihood that the Centre would reduce the instalment amount soon.

The Centre has provided only Rs 30,000 crore in the Budget.

The Centre controls states’s borrowings. While state laws limit borrowing to 3 per cent of the state GDP, the Centre decides the actual borrowing amount.

The Centre has raised its borrowing by over Rs 4 trillion, more than 50 per cent over fiscal deficit limit, in violation of the Fiscal Responsibility and Budget Management Act.

The states have petitioned the Centre and waiting to be allowed more borrowing but the Centre has not yielded.

Stimulus packages announced by the Centre shifts the states’ connect with households and small businesses to the Centre.

Additional cash to over 200 million women and pensioners is delivered directly by the Centre bypassing the states.

Credit to MSMEs under the package announced on May 13 will reach them under the cover of Centre’s guarantee.

Funds for the states to meet the expanding fiscal gap can come only from the Centre and by additional borrowings.

States are fighting for their rights, but are at total mercy of the Centre. “Competitive unionism” is in real danger of becoming “fiscal unionism”. 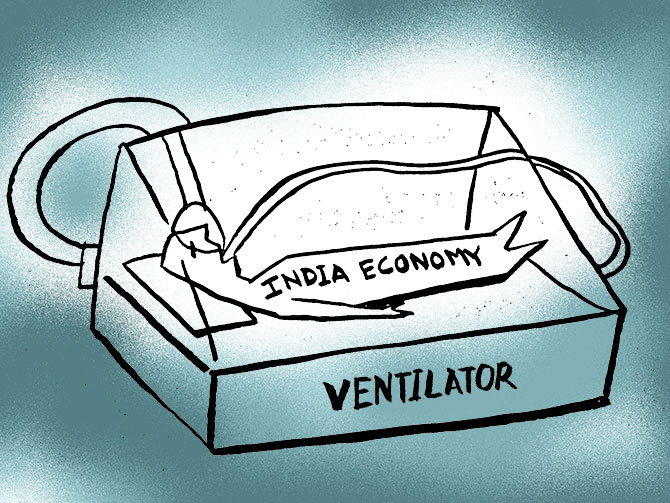 Is this the time to undertake decisive, brutal economic reform?
Like cutting government employment, abolishing unnecessary posts and rationalising the government workforce? Something state government should have done any way, given the digitisation of services?

Yes, it is time to undertake fundamental economic reforms.

We are currently in the Economic Policy Reforms 2.0 cycle initiated in the 1990s.

These reforms eliminated controls on private sector in production of goods and services.

However, the government continued to be engaged majorly in production of private goods.

The financial system of the country is still dominantly in the public sector.

A fundamental re-division of production of goods and services between the government and private sector should form the pivot of Economic Policy Reforms 3.0.

The government should be refocused on public goods and services like defence, police, justice, macro-economic stability, monetary policy, regulation of financial system, control of pollution and on merit goods like primary health and education.

Government should leave production of private goods and services entirely to private sector.

Why should government be in the business of power distribution, banking, running colleges and universities, telecom and the like?

These fundamental reforms will lead to re-staffing of government.

Those employed for production of private goods would go out to private owners. Will 2020 mark the end of welfarism? Because there just isn’t money for it?

We are not a great welfare State though there are multiple programmes to deliver benefits to poor.

We could achieve a level of saturation — reaching out everyone — in most of these services.

The poverty focus of the government must continue.

We will become a good welfare State if the government provides adequate cash and kind support for the poorest of the poor for survival, conditional cash and skilling support for the economically poor to raise their incomes to adequate levels and make functional arrangements for providing unemployment allowance to the vulnerable poor during disasters like the present one.

We conducted an Economic and Caste Census in 2011.

It is time to conduct another Household Economic Census and assess the poverty status of all our households.

This census should form the basis of our welfare State.