Why Should Govt Be In Fintech?

The temptation to get into businesses that are hot is perhaps too great for any politician, no matter what his public slogans are.
Nehru plunged into hot sectors of his time — engineering and iron and steel.
Modi has plunged into digital payments — the hot sector of his time, notes Debashis Basu.

Reuters reported recently that Visa Inc had complained to the US government about India’s ‘informal and formal’ promotion of domestic payments rival RuPay, hurting the US giant in an important market.

In 2018, Modi had declared the use of RuPay patriotic, saying since ‘everyone cannot go to the border to protect the country, we can use the RuPay card to serve the nation’.

Along with RuPay, the Indian State has promoted the Unified Payments Interface (UPI), which has been a roaring success and attracted global attention.

RuPay accounted for 63 per cent of India’s debit and credit cards issuance as of November 2020, up from 15 per cent in 2017 — a result of India’s informal and formal policies supporting it, complained Visa.

Going a step further, the Modi government abolished the merchant discount rate (MDR) on transactions using the RuPay debit card and the UPI from January 1, 2020.

The MDR is the charge paid by merchants to a bank when customers make a card payment.

So when customers use the Mastercard or Visa debit card, merchants will be charged an MDR of 0.4-0.9 per cent. This promoted RuPay, since merchants would save money by accepting RuPay over other cards.

All Indian companies with an annual turnover exceeding Rs 50 crore have to compulsorily offer RuPay payment options to their customers.

In a country where many State initiatives have been marred by glitches, delays, and corruption, RuPay and the UPI are revolutionary achievements.

Indians take pride in the success of these homegrown systems, against the mighty Visa, Mastercard, PayPal and the rest of the global fintech world.

From a consumer perspective, a public digital payment architecture that squeezes intermediation costs and reduces friction is a great feat. But such direct State intervention, however stupendous in impact, hides an important fact.

Before he came to power, Modi repeatedly said the government had no business to be in business. But privatisation has made slow progress, with Air India being the only glorious exception.

On the other hand, the temptation to get into businesses that are hot is perhaps too great for any politician, no matter what his public slogans are.

A broad swathe of erudite critics calls India’s economic policies ‘neo-liberal’, for allowing a free run to private capital, but I would suggest taking a look at tech.

It is not just RuPay and the UPI. This government is continuously involved in launching a series of tech initiatives, which will make neo-socialists proud and private equity investors jealous:

I do not support or oppose any of these moves. I am merely pointing out that while the government wants to sell Steel Authority of India, Shipping Corporation, and public sector banks, it has made it its business to embed itself deeply in fintech, which has implications for data gathering and privacy.

Debashis Basu is the editor of moneylife.in. 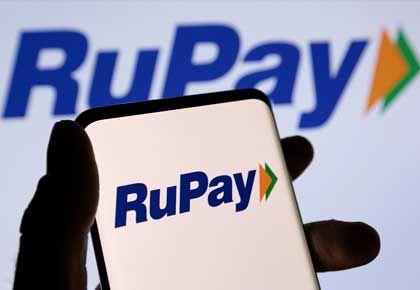