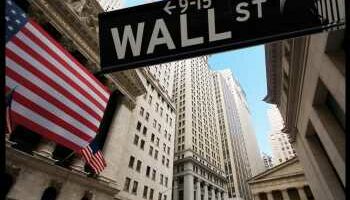 After turning higher over the course of Wednesday’s session, stocks showed a substantial move back to the downside during post-holiday trading on Friday. With the steep drop on the day, the major averages fell to their lowest closing levels in at least a month.

For the holiday-interrupted week, the Nasdaq plummeted by 3.5 percent, while the S&P 500 and the Dow plunged by 2.2 percent and 2.0 percent, respectively.

The sell-off on Wall Street came following reports a new and possibly vaccine-resistant coronavirus variant has been detected in South Africa.

The news, which comes amid a surge in new Covid-19 cases in Europe, raised concerns the pandemic could continue to wreak havoc on the global economy.

The U.K. has issued a temporary ban on flights from six African countries in reaction to the new variant, which has also been detected in Belgium, Israel and Hong Kong.

The World Health Organization will hold a “special meeting” to discuss if the heavily mutated strain will become a variant of interest or a variant of concern.

Light volume may have exacerbated the steep drop on Wall Street, as some traders remained away from their desks ahead of an early close by the markets.

A lack of major U.S. economic data may also have kept traders on the sidelines ahead of next week’s closely watched monthly jobs report.

Airline stocks moved sharply lower amid concerns about new travel restrictions, resulting in a 6.5 percent nosedive by the NYSE Arca Airline Index. The index plummeted to its lowest closing level in over ten months.

Substantial weakness was also visible among energy stocks, which plunged along with the price of crude oil. Crude for January delivery is tumbling $9.31 to $69.08 a barrel.

Banking stocks are also significant weakness amid a steep drop by treasury yields, with the KBW Bank Index plummeting by 4.2 percent to its lowest closing level in over a month.

Brokerage, steel and semiconductor stocks also saw considerable weakness, moving lower along with most of the other major sectors.

The major European markets also showed substantial moves to the downside on the day. While the French CAC 40 Index plunged by 4.8 percent, the German DAX Index and the U.K.’s FTSE 100 Index plummeted by 4.2 percent and 3.6 percent, respectively.

In the bond market, treasuries have spiked in reaction to the news of the new Covid variant. Subsequently, the yield on the benchmark ten-year note, which moves opposite of its price, is down by 15.6 basis points at 1.489 percent.

Looking ahead, next week’s trading may be impacted by reaction to additional news about the new Covid variant as well as the closely watched monthly jobs report.