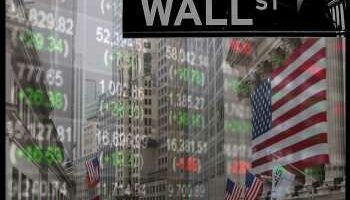 Stocks are mostly higher during trading on Wednesday, as traders await the Federal Reserve’s monetary policy announcement. The major averages have all moved to the upside following the mixed performance in the previous session. Currently, the major averages are off their best levels of the day but still in positive territory. The Dow is up 120.00 points or 0.4 percent […]

END_OF_DOCUMENT_TOKEN_TO_BE_REPLACED

The dividends for the economy from such a rapid rise in capital expenditure would be huge, observes A K Bhattacharya. On May 31, the Controller General of Accounts released the provisional numbers for the Union government’s 2021-2022 Budget. Apart from confirming a tax revenue surge and a lower deficit, they also showed how Finance Minister Nirmala Sitharaman has notched up […]

END_OF_DOCUMENT_TOKEN_TO_BE_REPLACED

Netflix Looks For Ad-partners; Tie-ups Being Considered With Google, Roku

As the global advertising conference, the Cannes Lions Festival, gets underway in Cannes, France this week, streaming platform Netflix Inc. (NFLX) will be on everyone’s radar as to how the company plans to move away from its ad-free business model to offer subscribers a cheaper option for the first time ever. Netflix Co-CEO Ted Sarandos is scheduled to wrap up […]

END_OF_DOCUMENT_TOKEN_TO_BE_REPLACED

President Barack Obama & Michelle Obama’s Higher Ground has found a new podcast home. The company, which is behind audio series such as Renegades: Born in the USA with Bruce Springsteen, has struck a first-look deal with Amazon’s Audible. It comes after the former President and his wife parted ways with Spotify, where they previously struck a deal in 2019. […]

END_OF_DOCUMENT_TOKEN_TO_BE_REPLACED

A $100,000 grant The Learning Source has received from a Denver women’s collective will help expand its enrollment and adult-education programs by as much as 400% over the next two years, CEO Josh Evans said. The organization, started in 1964, is the top recipient of the Impact 100 Metro Denver’s 2022 awards. Evans said the money will help transform its […]

END_OF_DOCUMENT_TOKEN_TO_BE_REPLACED 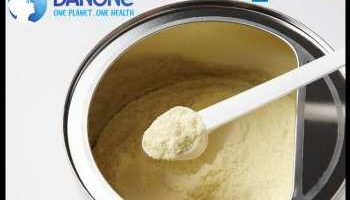 US To Get 750K Cans Of Danone Infant Formula From Ireland

The U.S. Food and Drug Administration, in its update on the infant formula availability in the United States, said that French food company Danone SA will send about 750,000 cans of general infant formula to the country to meet the ongoing supply shortage. This is equivalent to about 1.3 million pounds or nearly 19 million full-size, 8-ounce bottles of infant […]

END_OF_DOCUMENT_TOKEN_TO_BE_REPLACED 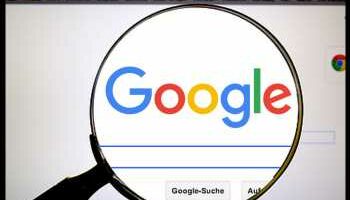 Google announced the addition of a new feature in Google Maps, showing toll prices to help commuters choose between toll roads and regular roads. The estimated toll prices will be shown on Android and iOS for nearly 2000 toll roads in the U.S., India, Japan, and Indonesia. The feature will be available for more countries soon. In a tweet, Google […]

END_OF_DOCUMENT_TOKEN_TO_BE_REPLACED

Beyoncé will release her new single “Break My Soul” from the upcoming album Renaissance at midnight ET tonight. The announcement was made with a simple “BREAK MY SOUL midnight ET” listed in the singer’s social media profiles today. Last week, the Oscar and Emmy nominee and 28-time Grammy Award winner teased her next solo album, Renaissance, which is due for release […]

END_OF_DOCUMENT_TOKEN_TO_BE_REPLACED

Maersk CEO: We need more labor in the ports

New York (CNN Business)More tieups at West Coast ports are just about the last thing the US economy needs right now. Delays caused by a flood of cargo last year continue to create widespread shortages of goods throughout the economy and added to inflationary pressures. But a current round of labor talks between management at the 29 ports up and […]

END_OF_DOCUMENT_TOKEN_TO_BE_REPLACED

Globally, airlines’ losses will be down to $9.7 bn this year

The airlines’ losses globally are expected to be down from $52 billion in 2021 to $9.7 billion this year and industry-wide profit should be on the horizon in 2023, Director General of IATA Willie Walsh said in Doha on Monday. International Air Transport Association (IATA) represents some 290 airlines comprising 83 per cent of global air traffic. Walsh, in his […]