President Biden on Wednesday unveiled details of a sweeping $2.25 trillion infrastructure that would be funded by dramatically raising the taxes paid by U.S. corporations, an increase that could have a detrimental side effect on the U.S. economy, according to one analysis.

The eight-year initiative, dubbed the American Jobs Plan, comes on the heels of Biden's $1.9 trillion American Rescue Plan. The White House said it will pay for the latest package by raising the corporate tax rate to 28% from 21% — rolling back part of former President Donald Trump's 2017 tax cuts — and increasing the global minimum tax on U.S. corporations to 21% from 13%.

But recent findings from the Tax Foundation show that Biden's plan to raise corporate taxes would reduce GDP, the broadest measure of goods and services produced in the country, by 0.8% and eliminate 159,000 jobs. It would also reduce workers' wages by 0.7%, the nonpartisan organization said. 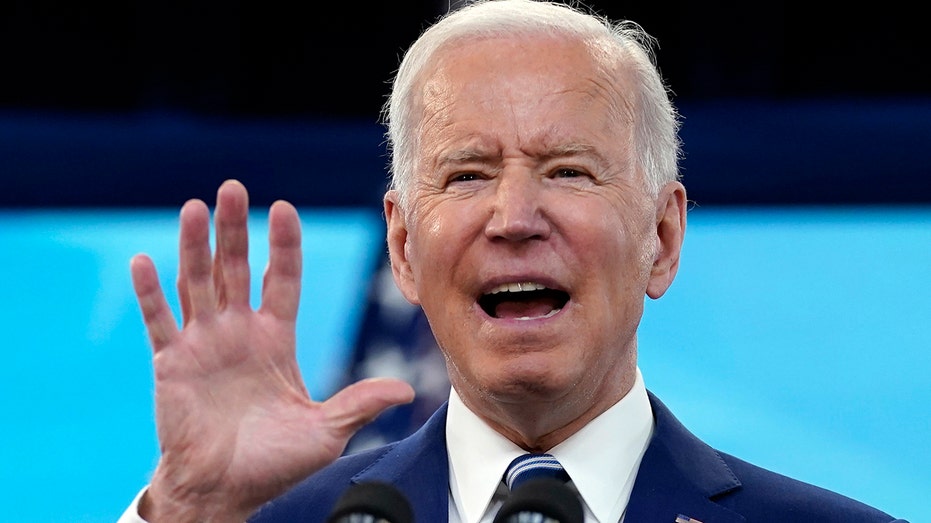 "The economic literature shows that corporate income taxes are one of the most harmful tax types for economic growth, as capital investment is sensitive to corporate taxation," the analysis said. "The corporate income tax raises the pretax return firms required to pursue investment opportunities, reducing the pool of investments that firms find worthwhile to pursue. This lowers long-run economic output, reducing wages and living standards."

By hiking the corporate tax rate to 28%, Biden would also bring the federal-state combined tax rate to roughly 32%, the highest statutory tax rate in the 37-member Organization for Economic Cooperation and Development, according to the Tax Foundation, "harming U.S. economic competitiveness and increasing the cost of investment in America."

Biden is pitching the tax increases in order to offset the cost of the infrastructure bill — which will pump money into manufacturing, transportation, renewable energy, schools, affordable housing and combating climate change — over the next 15 years.

He is set to formally introduce the American Jobs Plan in Pittsburgh on Wednesday afternoon, the start of what's likely to become a fraught, monthslong negotiation with Congress. Republicans have slammed the infrastructure package, with Senate Majority Leader Mitch McConnell calling it a "trojan horse" for major tax increases.

Several moderate Democrats in the House have also signaled that they will not support the bill — risking its passage — unless the party agrees to restore unlimited write-offs of state and local taxes, or SALT. Repealing the $10,000 limit, however, would require Democrats to vote for something that's widely viewed as a tax cut for the wealthy in blue states like New Jersey and New York.

That would follow $42 billion of savings by those same banks, which boosted their bottom lines by more than 10% over the past three years after Trump slashed the corporate tax rate.

The corporate tax increase would generate about $740 billion in new revenue over the next decade, according to a recent analysis published by the Tax Policy Center.