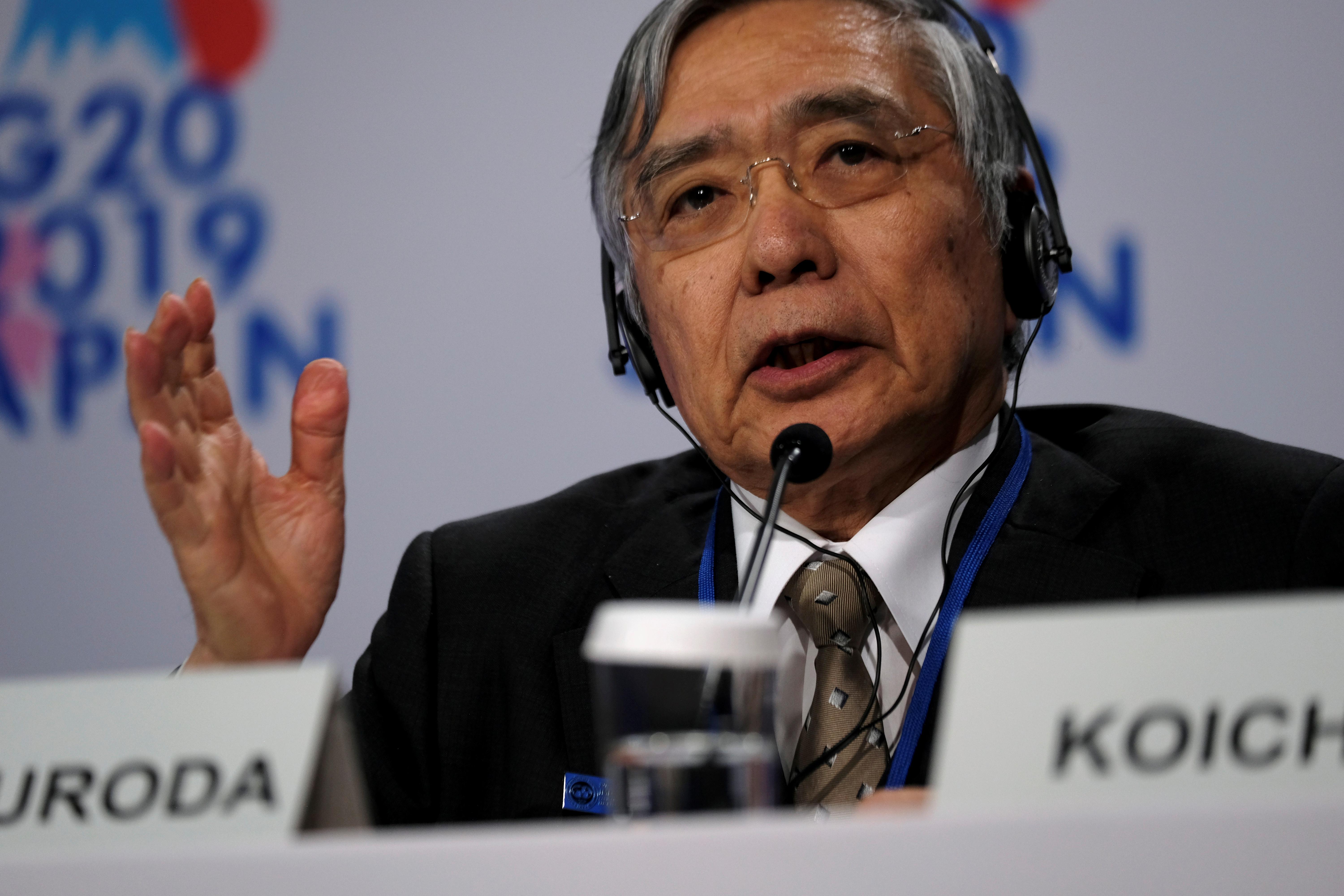 WASHINGTON (Reuters) – Bank of Japan Governor Haruhiko Kuroda said on Friday there was no talk among Group of 20 finance leaders on the possibility of central banks issuing digital currencies, as part of efforts to enhance cross-border settlement services.