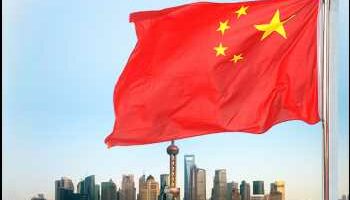 China’s industrial production growth accelerated in November as the disruption caused by the power shortages eased, while the retail sales growth weakened amid an outbreak of the new variant of coronavirus.

Industrial production expanded 3.8 percent year-on-year in November, faster than the 3.5 percent rise in October, data from the National Bureau of Statistics showed on Wednesday. This was also bigger than the economists’ forecast of 3.6 percent.

Meanwhile, retail sales grew at a slower pace of 3.9 percent on a yearly basis after climbing 4.9 percent in October. Sales are forecast to climb 4.6 percent.

During eleven months to November, fixed asset investment advanced 5.2 percent but slower than the 6.1 percent increase seen during January to October period.

The urban unemployment rate came in at 5 percent in November compared to 4.9 percent in October.

On Wednesday, the People’s Bank of China injected CNY 500 billion into the financial system via medium-term lending facility. The interest rate on one-year MLF was kept unchanged at 2.95 percent.

The decision to maintain the MLF suggests that the loan prime rate will be kept unchanged next week, Sheana Yue and Mark Williams, economists at Capital Economics, said.

The economists expect policy rate cuts over the coming months, and also a slight relaxation of quantitative restrictions on credit. But this will soften rather than reverse the economic downturn, they added.