Dangerous divergence: why the global economy is getting more vulnerable

Of the major financial agencies, the Bank for International Settlements has probably been the most consistently vocal in calling out the risks of the prolonged period of low interest rates and ultra-loose monetary policies that central banks have implemented since the global financial crisis. It still believes the world is vulnerable, that the vulnerabilities have increased and that central banks have exhausted their ability to respond to a new crisis.

The BIS – the central bank for central banks – released its latest quarterly review at the weekend, with Claudio Borio, who heads monetary and economic department, highlighting the divergence between emerging market economies and the US that has developed this year.

Growth within US economy has accelerated even as the US Federal Reserve has been raising interest rates and shrinking its GFC-bloated balance sheet, with Borio saying, however, that, if anything, financial conditions had eased further.

US equity prices were at historical peaks, volatility low, corporate interest rate spreads were highly compressed and the leveraged loan market ‘’red hot,’’ with banks offloading their loans to investors, including some via collateralised loan obligations that he said were ‘’close cousins of the infamous mortgage-based collateralised debt obligations’’ that precipitated the GFC. 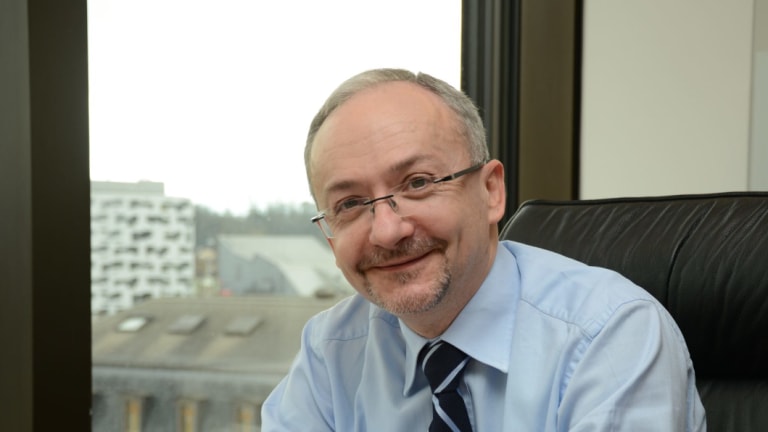 Dr Claudio Borio: “Too much debt was at the heart of the crisis and now we have more of it.”

With the US dollar appreciating, initial rumblings within emerging market economies had become considerably louder, with crises erupting in Argentina and Turkey and others, those with large current account deficits and smaller foreign exchange reserves, seeing large falls in the value of their currencies.

The tightening of US monetary policy, the dollar’s appreciation and the escalation of trade tensions were the key influences in the turbulence experienced by the emerging market economies, along with signs that China’s economy was weakening.

The BIS sees the divergence as ‘’symptoms of a broader malaise.’’

‘’The highly-unbalanced post-GFC recovery has over-burdened central banks. The powerful medicine of unusually and persistently low interest rates has served to boost economic activity but some side effects were inevitable,’’ Boros said.

‘’Markets in advanced economies are still over-stretched and financial conditions still too easy. Above all there is too much debt around. In relation to GDP, globally, overall private and public debt is now considerably higher than pre-crisis. Ironically too much debt was at the heart of the crisis and now we have more of it.’’

As the US dollar strengthens and US interest rates rise their currencies weaken, compounding the impact on their debt-servicing costs even as capital is flowing out of their economies towards the US.

More broadly, there is a real concern about the extent to which the world generally is now far more leveraged than it was entering the GFC.

Even in the US, where recovery is most entrenched and growth is accelerating, the Trump tax cuts and increased spending are seeing a major increase in federal government debt.

The concern of the BIS and other global agencies is that the settings of cheap and abundant credit have being left in place for so long, and the build-up in global debt has been so substantial, that the world is acutely vulnerable to another shock that ‘’over-burdened’’ central banks won’t have sufficient residual capacity to respond to.

The unconventional policies adopted by the major central banks in response to the GFC did, gradually, lead to increased global economy activity but, as Boros said, with some inevitable ‘’side-effects.’’

Markets – equity and credit — are priced for perfection, the spreads on high-yield debt reflect the absence of any pricing for risk and we’ve seen a return to the covenant-light types of lending that were warning bells in the lead-up to the GFC.

Banks are safer, thanks to the reforms to capital adequacy and liquidity requirements that were led by the BIS, but leverage and risk have been pushed out further into the non-bank system, to hedge funds and mutual funds and other financial institutions.

The combination of rising US interest rates and a strengthening dollar as the US growth rate, inflated by the blow-out in US deficits, continues to diverge from the more subdued performance of the other major economies by itself represents a threat, not just to the emerging market economies but the stability of the global economy.

Add to that the trade friction generated by the Trump administration’s use of tariffs as an economic and diplomatic weapon and its disdain for globalisation and the post-war settings and institutions for international trade and the potential for something unpleasant is obvious.

The point BIS and Boros are trying to make – and have been making for quite some time – is not that a crisis is necessarily imminent, although it could be, but that the path towards more conventional global economic and financial settings remains tortuous and dangerous and its end-point, a decade after the GFC, remains distant and vague.