The most expensive city in the world to eat in

Looking for a cheap meal? Best to steer clear of Geneva.

The Swiss city is the most expensive in the world for food, according to UBS Group AG's Prices and Earnings report for 2018, a survey ranking global city prices, earning levels, purchasing power and working time to buy common goods. 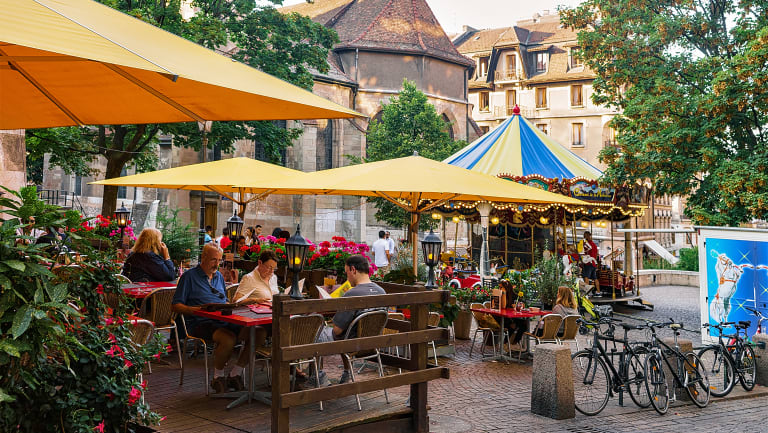 Geneva has been named by UBS as the most expensive city in the world to eat in.

While food costs in Geneva may sting, its residents boast the highest earning levels among the 77 cities surveyed by UBS. The French-speaking locality serves as a hub for private bankers, commodities traders and international organizations including the United Nations, World Bank and Red Cross.

Zurich, the German-speaking home to UBS Group AG and Credit Suisse Group AG, ranked second in earning levels and was the most expensive city overall. That's due mainly to the prices of services such as haircuts, household help and dry cleaning, which are an average of 20 per cent higher than in Geneva, according to the report. Electronics such as smartphones, television and laptops cost an average of 16 per cent more in Zurich compared to Geneva the report found.

The findings underscore the wealth and quality of life long enjoyed by Switzerland's eight million residents, due to high wages, a strong currency, stable government, solid infrastructure and public transport as well as abundant access to nature. Zurich's gross earnings have climbed to second from third best in 2006. Geneva's top-ranked earnings were fourth-highest in 2006 and second highest in 2015, UBS said.

Geneva's earning levels were higher than Zurich's because certain professions, such as chefs and teachers, earn more in the city of Calvin, UBS said.