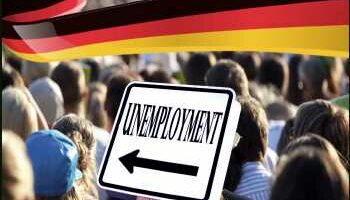 Germany’s unemployment dropped more than expected in May, providing more evidence of a rebound in the biggest euro area economy.

The number of unemployed dropped by 15,000 persons in May after growing a revised 8,000 in the previous month, data from the Federal Labor Office showed Tuesday. Economists had expected joblessness to decline by 9,000 persons.

The first signs of an improvement in the labor market has appeared in May, Chairman of the Federal Employment Agency Detlef Scheele said.

“The consequences of the Corona crisis are still very clearly visible, but they are getting a little smaller,” the official added.

The seasonally-adjusted jobless rate was at 6.0 percent for a fifth consecutive month in May, in line with economists’ expectations.

This is not only the lowest unemployment number since April last year but also the best performance of the German labor market in May since 2012, ING economist Carsten Brzeski said.

The number of those seeking short-time work continued to drop sharply in May to 96,000 people. There were around 2.6 million people in short-time work schemes, called Kurzarbeit, in May.

ING’s Brzeski expects the labor market to continue to improve with a further reopening of the economy over the summer.

“Even if the high number of short-time workers is a good reminder of potential risks going forward, today’s numbers suggest that the labor market is gradually leaving the crisis behind,” the economist added.

Earlier on Tuesday, data from Destatis showed that the ILO jobless rate fell marginally to adjusted 4.4 percent in April from 4.5 percent in March.