This is the ideal time frame to own a ‘momentum’ stock

Momentum investors want to know: What’s neither too long nor too short, but just right?

They’re referring to the period of time over which they measure performance, which in turn enables them to determine which stocks or mutual funds they should buy and the low-momentum issues they should shun. Surprisingly few investors ever stop to think about the optimal length of this period, instead comforting themselves with clichés like “cut your losses short and let your profits run.”

Such clichés are little more than empty platitudes, of course, since the devil is in the details. If you pick too short a period —say, the trailing day or week — your portfolio will experience such excessive turnover that transaction costs alone will sink it. If you pick too long a period — over several years or more — then you are likely to experience regression to the mean, which is just the opposite of momentum.

How long is this Goldilocks-like period for defining momentum that is just right? An answer comes from a fascinating study by Corey Hoffstein, co-founder and chief investment officer of Newfound Research.

Drum roll please for Hoffstein’s answer: We have to ask two questions simultaneously. 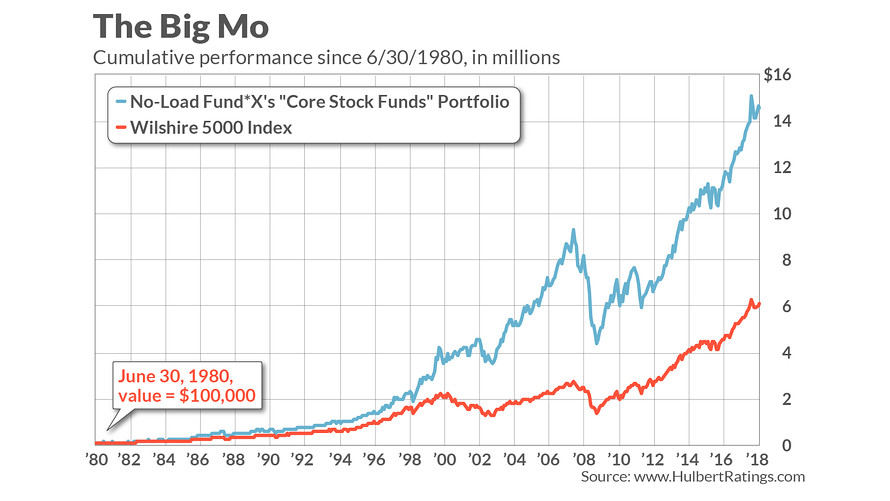 That’s because he found that the optimum length is a function of both the period over which momentum stocks are identified and the length of time you hold the stocks that have been identified. The sum of those two periods should be between 12 and 18 months.

In isolation, in other words, there’s no one optimum length of time for measuring which stocks are high and low momentum. (Hoffstein’s study builds on an earlier one from Hartford Investment Management Co. by Paul Bukowski.)

The fascinating implication of Hoffstein’s finding: The typical uptrend or downtrend lasts between 12 and 18 months. It makes less of a difference when you get on board, so long as you stay on board for the full period.

This finding is consistent with the performance of the investment strategy pursued by No Load Fund X, the momentum-based investment newsletter I monitor that has beaten the stock market over the past four decades. To determine which high-momentum funds are to be bought, the newsletter focuses on a fund’s rank over four periods — the trailing one, three, six and 12 months. And the newsletter typically holds a recommended fund for between three and six months. The total of both periods is close to the sweet spot identified by Hoffstein’s study.

According to my firm’s performance tracking, No Load Fund X’s average portfolio has produced a 12.2% annualized return between June 30, 1980 (when my firm began tracking newsletters) through this past June 30. That compares with an 11.4% annualized return for buying and holding the broad stock market. These returns reflect both dividends and transaction costs.

The accompanying chart, above, plots the performance of No Load Fund X’s so-called “Core Stock Funds” portfolio since mid-1980. This portfolio contains more conservative growth funds, which the newsletter believes is a type of fund for which its momentum approach works particularly well.

For more information, including descriptions of the Hulbert Sentiment Indices, go to The Hulbert Financial Digest or email [email protected]