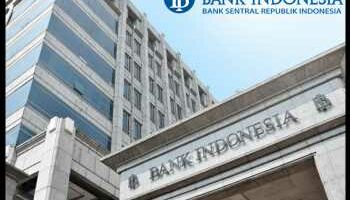 The Board of Governors decided to raise the seven-day reverse repo rate by 25 bps to 3.75 percent, the Bank Indonesia said.

This was the first rate hike since 2018. The previous change in the BI rate was a quarter-point reduction in February 2020.

By raising interest rates, the central bank expects to lower the risks posed by inflationary pressures on volatile food as well as higher non-subsidized fuel prices.

Core inflation and inflation expectations could potentially increase due to higher non-subsidised fuel prices and volatile food inflation, together with intense inflationary pressures on the demand side, the bank said.

Bank Indonesia observed that these developments are expected to push inflation this year and next, beyond the targeted range of 3 plus or minus one percent. Hence, close policy synergy between the government and central bank is required to manage inflation.

The central bank expects the economy to grow this year with an upper bias to the 4.5-5.3 percent projection. Growth is expected to be supported by further improvements in terms of consumer confidence, retail sales and manufacturing activity.

ING economist Nicholas Mapa said the unexpected hike on Tuesday was “preemptive” in anticipation of a planned price increase for subsidised fuel. The economist expects Bank Indonesia to raise rates at least twice during the rest of this year.