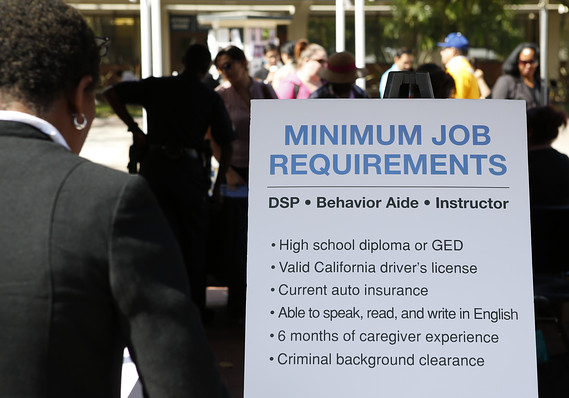 The numbers: The number of people who applied for unemployment benefits around Labor Day fell sharply to a nearly five-month low of 204,000, an extremely low reading that was likely exaggerated by the holiday and possibly Hurricane Dorian.

That matches the third lowest level of the current economic expansion that began more than 10 years ago. The only time new claims have been lower was when they dipped below 200,000 in April around the Easter holiday.

Even if the holiday and the hurricane caused the big drop in applications, the low level of new claims still show muscular labor market that has shown little wear and tear from a slowing U.S economy

What happened: Actual or unadjusted jobless claims fell the most in the largest states: California, New York, Illinois, Texas and Pennsylvania. No state reported any big increases.

The more stable monthly average of new claims fell by a smaller 5,250 to 212,500, an almost two-month low. The four-week average gives a more accurate read into labor-market conditions than the more volatile weekly number.

The number of people already collecting unemployment benefits, known as continuing claims, dipped by 4,000 to 1.67 million.

Big picture: The trade war with China, a slump among American manufacturers and a slowing U.S. economy have done little to cool off the most vibrant labor market in decades.

Economists are watching closely to see if layoffs start to rise, a sign that companies are feeling more stress. But as long as most Americans keep their jobs the U.S. is likely to keep growing steadily and avoid recession.