Jobless claims sink to lowest level since end of 1969 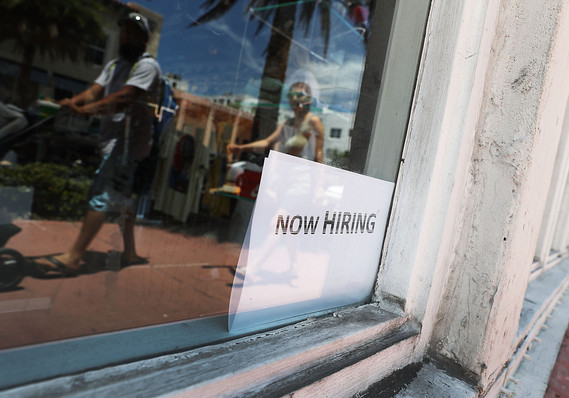 The numbers: Initial jobless claims, a tracker of sorts for layoffs in the U.S., sank in mid-July to the lowest level since the end of 1969.

The more stable monthly average of claims, meanwhile, slipped by 2,750 to 220,500, the government said Thursday.

The number of people already collecting unemployment benefits rose by 8,000 to 1.75 million, but it’s also near a multi-decade low. These are known as “continuing” claims

What happened: The economy accelerated in the spring and many companies across a wide array of industries sought to fill a record job openings. With unemployment at an 18-year low of 4% and good workers increasingly hard to find, firms are reluctant to let go of any staff.

Keep in mind that jobless claims tend to be herky jerky in the middle of summer, when school is out, many people go on vacation and manufacturers briefly close to retool their plants.

Big picture: The labor market is good for workers and getting even better: Almost anyone who wants a job can find one. Pay is slowly going up. And job hoppers are finding more lucrative offers from firms desperate to expand.

For employers it’s a different story. Many can’t find enough talented employees and even higher pay doesn’t always do the trick.

Some have gotten creative in trying to fill open jobs. In extreme cases, some firms have had to turn away business or even close due to a lack of available labor.

The ultra-tight labor market is a hallmark of a nine-year-old expansion that has pushed the economy to fresh heights. The big question now is whether strong growth and signs of incipient inflation will force the Federal Reserve to raise U.S. interest rates faster and higher than previously expected.

Market reaction: The Dow Jones Industrial Average DJIA, +0.32% and the S&P 500 SPX, +0.22% were set to open lower in Thursday trades. The stock market has rode a five-day winning streak, part of recent up-and-down part amid persistent worries over the prospect of a trade war.