Self-managed super funds (SMSFs) have always attracted their share of critics; lack of investment acumen and excessive costs are just two of the arguments made by those opposed to this $750-billion superannuation sector.

However, nothing raises the critics’ ire quite like Limited Recourse Borrowing Arrangements (LRBAs), which involves an SMSF trustee taking out a loan from a third-party lender to buy shares or property. These debt instruments have been part of the SMSF investment landscape since 2007. 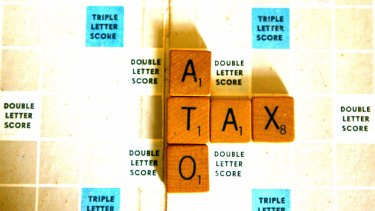 LRBAs can be more tax effective to own certain assets in an SMSF, compared with other legal entities, particularly where the investment is positively geared.Credit:Illustration Tamara Voninski

Numerous inquiries have received submissions calling for the abolition of LRBAs, their argument being they are deemed as too risky. Yet there is little evidence to suggest they pose a systemic risk to the super system.

Yes, there have been examples where trustees have been poorly advised to take up an LRBA – but never at a systematic level.

So, what do the figures say?

Clearly, they have appeal. For trustees, especially in accumulation phase, their major attraction is that leverage can be used to buy residential or commercial property when they don’t have the immediate funds to buy the assets outright.

For trustees with a long-term horizon, it is a viable means of building an SMSF’s assets.

Of course, there is a downside. If the investment goes south, then debt multiplies any realised capital losses.

Another attraction of LRBAs is that other fund assets are protected. This means that if a fund defaults on the loan used to acquire the asset, recourse is limited only to that asset, not other assets in the fund.

On the tax front, investment earnings from SMSF assets are taxed only at the concessional superannuation rate of 15 per cent. This also applies to any assets the fund has a beneficial interest in via an LRBA. This means that it can be more tax effective to own certain assets in an SMSF, compared with other legal entities (e.g. personally or a trust), particularly where the investment is positively geared.

However, if the investment is negatively geared then it is likely to offer more tax benefits outside an SMSF. This is particularly so where there are few other assets in the SMSF to offset the tax losses.

There are specific rules about how LRBA-funded assets in an SMSF are owned, used and maintained. For example, a medical practice wanting to use an LRBA to buy a residential property to convert it into a surgery cannot do so under the Superannuation Industry (Supervision) Act.

The legislation also prohibits additional borrowings in relation to a property (e.g. repairs) once it has been purchased.

All SMSFs also are required to adopt and regularly review an investment strategy that considers the liquidity of the fund’s investments, risks due to inadequate diversification and other issues. This requirement applies to SMSFs with an LRBA and those without one.

Still, LRBAs are not suitable for everyone.

The majority of LRBAs are held in the accumulation phase when fund members have income to service the debt. In the retirement phase, when capital preservation comes to the fore, LRBAs are less likely to be suitable as part of a fund’s investment strategy.

Most SMSFs that have used LRBAs have taken specialist advice and have done so prudently.

Although there are examples to the contrary, they are a small minority – and the regulators have powers to stamp out any abuse.

Certainly, on the evidence to date, abolishing LRBAs would be a high price to pay for the unscrupulous behaviour of property spruikers preying on a small minority of SMSF trustees.

John Maroney is chief executive of the SMSF Association