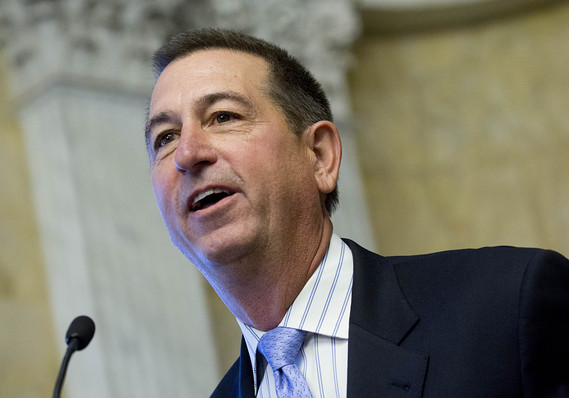 WASHINGTON — When Manu Smadja and his partner founded financial technology startup Mpower Financing in 2014, the online lender was only licensed to operate in Washington, D.C., New York and Massachusetts. Like many other nonbank loan originators that aspire to expand their businesses, Mpower wanted to expand but was stymied by the need to apply for licenses in each state in their expansion plan.

Mpower, which provides loans to foreign students at U.S. universities, is one of a growing number of financial technology firms that use technology to improve their financial services. Because such firms don’t qualify for national bank charters, they must get charters at the state level.

In some states, the application process only takes a few days, but in others, such as California, it can take up to one and a half years, said Smadja, chief executive officer at Mpower.

“The amount of time it would take from an internal perspective to apply for and then manage 50 state licenses simply makes it untenable,” said Terence Chu, general counsel at Mpower, and also makes it impossible to offer a “uniform national lending program.”

In an effort to tackle the multi-state licensing problem, the Office of the Comptroller of the Currency, the Treasury bureau responsible for regulating national banks, began exploring the idea of a special purpose national bank charter for fintech companies in December 2016, which would allow the OCC to license and regulate various types of fintech companies and exempt them from state licensing laws. After having extensive discussion and deliberation, the OCC is poised to announce its position on the fintech charter as soon as this month, according to Comptroller of the Currency Joseph Otting.

While fintech companies would welcome a national license opportunity, they are concerned that the OCC’s original proposal was “too burdensome and costly,” said Kevin Petrasic, a banking partner at White & Case LLP and the head of the firm’s global financial institutions advisory practice.

“There are opportunities that come with a fintech charter, including the ability to operate on a nationwide basis,” Petrasic said, but fintech companies aren’t universally in favor of the OCC’s original proposal that said a special purpose national bank would be subject to the same laws, regulations, examination, reporting requirements, and ongoing supervision as other national banks.

Were the fintech charter set up, fintech companies would be looking to see how strenuous the compliance regime would be from a cost-benefit perspective, Petrasic said.

“My instinct is that the best practice will be to align the materiality of the impact that a fintech or the regtech (regulatory technology) company has with the degree or the amount of oversight that’s required,” said Hollis Hart, former head of International Franchise Management at Citi, who is also a trustee of The Conference Board’s public policy center.

Hart said that the regulators should impose lighter regulations on startups instead of employing a “one-size-fits-all” regulatory mechanism. Otherwise, the fintech startups will be “almost actively encouraged to find ways not to participate,” he said.

When the OCC’s original proposal was released one and a half years ago, the Conference of State Bank Supervisors, the nationwide organization of financial regulators, was one of the most vocal opponents. CSBS filed a lawsuit against the OCC in April 2017, challenging the bureau’s authority to grant special purpose national bank charters to nondepository fintech companies, which was dismissed by the U.S. District Court in Washington. Earlier, the New York Department of Financial Services had filed a similar suit. Both of the lawsuits were dismissed because the OCC had made no decision on regulation.

The CSBS prefers that states keep control of licensing in the nonbank space, but take steps to streamline the application process. One proposal would modernize the Nationwide Multistate Licensing System, which is a common platform for state regulators to record nondepository financial services licensing or registration.

“From our standpoint, it’s important to preserve the role of states as on-the-ground accountable local regulators,” said Margaret Liu, senior vice president and deputy general counsel at CSBS, because state regulators are “responsible for” and are “naturally positioned and suited” to protect consumers in their jurisdiction.

Apart from applying for a national bank charter or going through the multi-state licensing process, many fintech companies have chosen another route to circumvent such registration procedures: partnering with traditional financial institutions. More than 75 percent of fintech firms cite collaborating with traditional firms as their primary business objective in the World FinTech Report Survey conducted by Capgemini, LinkedIn, Efma, and MaRS last year.

After Mpower had become licensed in 14 states by last year, it chose to partner with the $200 million Bank of Lake Mills in Wisconsin, which enabled Mpower to lend to students in all 50 states.

“When we thought about are we going to have to continue the painful hikes of adding one state or one business registration or license at a time … it was a no-brainer for us,” said Smadja.

Despite the company’s satisfaction with the current partnership, Mpower has been closely watching the OCC’s moves on the fintech charter. Applying for a national charter is “constantly on our radar,” said Chu, the general counsel.

“It’s sort of a step in the right direction,” Smadja said. “But we hope that the OCC would continue to learn about working with fintech and evolve their process to make it more efficient.”