Industry group Tourism Accommodation Australia said the sector is experiencing a “two-speed” recovery from last year’s COVID-19 lockdowns in the state, with activity in regional Victoria bouncing back much more strongly than in Melbourne. 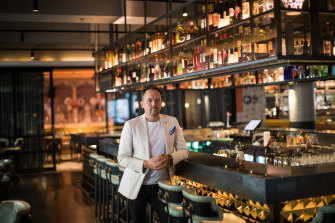 With the JobKeeper wage subsidy set to end at the end of March, both the federal and state governments have confirmed that additional “sector specific” industry aid was being considered, but details of what might be on offer to the hardest hit industries have not been settled.

The accommodation group’s general manager, Dougal Hollis, said city hotels were struggling and had stood down or made redundant a “significant” numbers of workers throughout the pandemic, citing one central Melbourne venue that was down to 175 full-time staff from 330 before the coronavirus struck.

Another city-fringe business that had previously operated two hotels employing 140 workers had shuttered one of its sites and was running the remaining one with just 37 staff.

Melbourne CBD hotels were filling just 38 per cent of their rooms in December 2020, compared to nearly 84 per cent in 2019, while “revenue per available room” (RevPAR) recorded a 64 per cent decline, year on year.

But in the regions, where hotels are much less reliant on interstate and international travellers, occupancies were down just 5 per cent for the same period, while the average nightly price of rooms was up 17 per cent and RevPAR had improved by 11 per cent.

Mr Hollis said the wage subsidy proposal put forward by his group, which has been developed with part of the Australian Hotels Association and the Australian Chamber of Commerce and Industry, was a needs-based approach.

Workers in a business that had suffered a one-third reduction in its turnover would be paid $450 a week, while those working in hotels that had lost two-thirds or more of their revenue would get $700 per week.

Employees who normally worked less than 20 hours per week would be paid proportionately less.

“This proposed subsidy is targeted and equitable, given many of these businesses continue to experience large reductions in turnover, through no fault of their own which, ultimately, puts the continued employment of thousands of Australians at risk,” Mr Hollis told The Age.

Federal Treasurer Josh Frydenberg and Prime Minister Scott Morrison said on Sunday and Monday respectively that the federal government was open to industry-specific support continuing after JobKeeper ends at the end of March, although no details have been disclosed.

Federal Tourism Minister Dan Tehan said last month that he was in discussions with the sector about what could be done to help, but that the final shape of any support package was some way off.

Victorian Premier Daniel Andrews, whose government has been lobbying for post-JobKeeper federal relief for hard-hit Victorian businesses, said on Tuesday that he was encouraged by the commentary from Mr Morrison and Mr Frydenberg.

“I was very pleased to hear such strong commentary over the weekend from Treasurer Frydenberg and from the Prime Minister yesterday and others, that whilst JobKeeper is ending, there is the ability and they’re keen, I think, to provide additional support to some of the hardest sectors,” Mr Andrews said.

Lee Davey, general manager of the 188-room QT Melbourne, says mid-week occupancy at the Russell Street hotel had tumbled from about 90 per cent before the pandemic struck to just 40 per cent at present.

Mr Davey said the business is recovering well as travel restrictions ease, the hotel is full on the weekends again and QT’s workforce is recovering from a plunge of 75 per cent at the depths of the crisis, but added it is a long road back to normal.

“We’re excited to be building our workforce back to where we were pre-COVID, and I’m hopeful that would be indicative of a lot of hotels around Melbourne. All indicators are pointing to a more buoyant year ahead.” Mr Davey said.

Get our Coronavirus Update newsletter for the day’s crucial developments at a glance, the numbers you need to know and what our readers are saying. Sign up to The Sydney Morning Herald’s newsletter here and The Age’s here.