Is Trump treasonous? Here’s the legal and historical answer to that charge 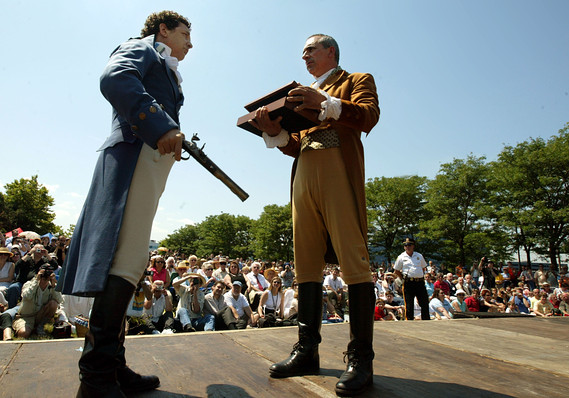 Some dare call it treason.

President Donald Trump is being lumped in with Revolutionary war traitor Benedict Arnold, the infamous Aaron Burr and World War Two propagandist Tokyo Rose after his controversial face-to-face meeting with Vladimir Putin in Helsinki. The president appeared to publicly side with the ex-KGB agent over U.S. spymasters on whether Russia tried to sway the 2016 election.

A treasonous act? Politically damaging, yes, but legally and historically the answer is almost certainly no.

Charges of treason are being thrown around after Trump’s disastrous press conference. Briefly the word treason was the top search term on Merriam Webster’s website. It’s also a popular hash-tag on Twitter.

Most notably, former CIA director John Brennan called Trump’s remarks “nothing short of treasonous.” And former FBI Director James Comey, who was fired by Trump, said the president “sold out our nation.”

Brennan is not a lawyer or constitutional scholar, but some prominent law professors claim a case could be made to see Trump’s actions in a treasonous light. The problem is, most are liberals such as Lawrence Tribe who’ve been ardent critics of the Trump administration. Partisanship runs wide and deep in the Trump era.

Opinion: Trump sold out America instead of standing up to Putin

Strictly speaking, treason is narrowly defined and almost impossible to prove. Only a handful of Americans have ever been convicted of treason and none since 1952.

Drawing on an ancient English law, the Founding Fathers crafted a very narrow definition of treason because they were sensitive to the possibility it would be used to destroy political opponents. After all, they were all accused of treason — and were guilty under generally recognized law — once the colonies rebelled.

Article Three in Section Three of the Constitution says:

Treason against the United States, shall consist only in levying War against them, or in adhering to their Enemies, giving them Aid and Comfort. No Person shall be convicted of Treason unless on the Testimony of two Witnesses to the same overt Act, or on Confession in open Court.”

American laws governing treason are even more limited in practice.

For one thing, “enemies” legally defined means a country on which the U.S. has declared war or is actively fighting. Modern-day Russia obviously doesn’t fall into either category. Perhaps the only country that does is North Korea — there was never an official end to the Korean War.

Even the former Soviet Union was not legally considered an enemy since there was no state of war. The U.S. charged a smattering of Americans with espionage, most famously the executed spies Julius and Ethel Rosenberg. Yet not a single American citizen was indicted on charges of treason during the Cold War.

Befitting a free country, Americans can engage in lots of actions without subjecting themselves to charges of treason.

Saying bad things about the government, instituting harmful policies or even putting the interests of other nations ahead of the U.S. are permissible. International treaties signed by U.S. presidents, for instance, are some times more beneficial to other countries or arguably detrimental to American interests.

Tribe contends the U.S. could be construed to be at war with Russia if the old-fashioned definition is reinterpreted to include “cyberwar.” The Russians are accused of hacking U.S. electoral systems and stealing data in an attempt disrupt the vote.

Such a recasting of the word “treason” simply isn’t going to fly, however.

A conservative-leaning Supreme Court that takes a more literal view of the law would not go along, for one thing. Even many members of Congress in both parties would be reluctant to expand the definition. It could come back to haunt them.

It was not that long ago when conservatives accused President Obama’s of kowtowing to foreign adversaries. He was once overheard in 2012 privately promising an ally of Vladimir Putin he would have more political “flexibility” after reelection to negotiate deals amendable to the Russia leader.

The modern idea of redefining treason, if anything, underscores the wisdom of the founders. They worried it would be used as a political weapon to find supposed enemies within and destroy them.

The signers of the Constitution themselves were not immune from doing so.

President George Washington privately seethed at many actions of his opponents that he deemed treasonous. Before the end of the 1790s the two dominant American political parties traded charges of treason as politics turned bitter, leading to the infamous Alien and Sedition acts that were later repealed. 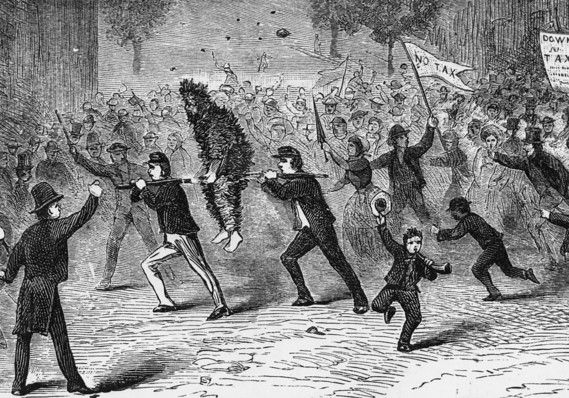 Indeed, the first convictions for treason in U.S. history were blatantly political. Two men were found guilty in the aftermath of the so-called Whiskey Rebellion in Pennsylvania in 1794 that was basically a farmer protest against sin taxes on alcohol.

Most famously, Vice President Aaron Burr was acquitted of treason in 1807 after he was charged with plotting to steal land obtained through the Louisiana purchase.

Surprisingly the Civil War produced hardly any charges of treason. Virtually every Southerner was granted amnesty. The U.S. even dropped treason charges against Confederate President Jefferson Davis after he spent two years in prison.

World War One saw another burst of legislation, much like in the 1790s, aimed at stifling dissent.

For three years the administration of Democratic President Woodrow Wilson imprisoned thousands of Americans, censored the media and deported many immigrants who were accused of undermining the war effort. The controversial law expired after the end of the war.

After World War Two, the Japanese-American woman known as “Tokyo Rose” was found guilty of treason in what was the most expensive trial in U.S. history until that time. She had broadcast propaganda during the war encouraging American soldiers to surrender. Her conviction was later overturned because of prosecutorial misconduct.

The last person to be charged with treason was Adam Yahiye Gadahm, an American who joined Al-Qaeda in the early 2000s. Although Al-Qaeda is not a state and Washington never officially declared war, the U.S. was in a virtual state of war with the Islamic organization.