WASHINGTON (Reuters) – The U.S. Securities and Exchange Commission will not introduce “caps” on awards to whistleblowers who come forward with key information on fraud and other violations, the head of the agency told lawmakers on Tuesday. 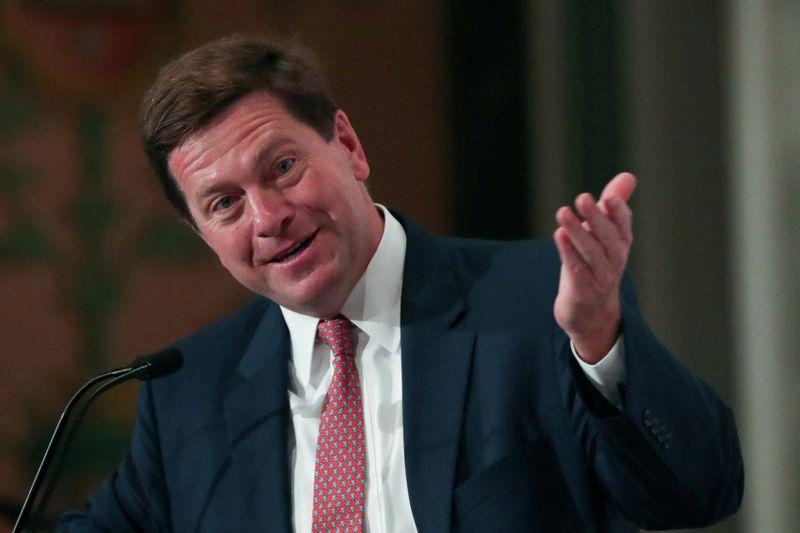 Last year, the country’s top markets regulator proposed reworking a program that allows the SEC to reward tipsters whose original information leads to a penalty exceeding $1 million with between 10% and 30% of the fine.

Reuters reported last month that SEC Chair Jay Clayton was rethinking some of the changes, which would give the SEC discretion to reduce certain payouts, following a backlash from whistleblower advocates who said the changes would deter insiders from coming forward.

The SEC has proposed several changes to the program in a bid to make it more efficient and to speed up issuing rewards. Among them, it has proposed giving staff more latitude when assessing awards and the discretion to reduce certain payouts that would exceed $30 million.

Whistleblower proponents say this introduces uncertainty, and have also criticized proposed changes to the way tips are reported, saying they could increase legal costs.

Asked at a Senate hearing on Tuesday if the rule will be consistent with the statute, which prohibits the SEC from capping awards, Clayton said: “Absolutely.”

He added: “I can tell you that what our proposal was intended to do was to make it clear how we make those decisions at the top end and bottom end of the spectrum. I believe in transparency in how the decisions are made.”

He said the proposal had been mischaracterized by critics, and that the SEC had never envisaged introducing hard caps on rewards.

Created after the 2007-2009 global financial crisis, the program is widely considered a major success, resulting in more than $2 billion in penalties against firms such as JPMorgan and Bank of America and $387 million in rewards.

The proposal has had a “chilling effect,” U.S. Senator Sherrod Brown, a Democrat from Ohio, told Clayton at the hearing. He cited a dip in the number of tips filed with the agency in 2019 after a steady year-on-year increase since the program was fully implemented in 2012.

Clayton said tips continue to come into the agency, adding: “Personally, I think the program has been extremely beneficial to investors and I support it.”