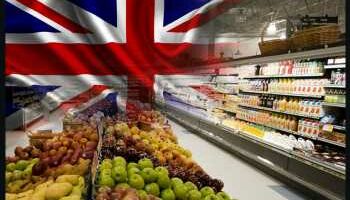 UK Retail Sales Decline In May

UK retail sales dropped in May as the reopening of all retail sectors and the easing of hospitality restrictions reduced food store sales, data from the Office for National Statistics revealed on Friday.

Retail sales dropped 1.4 percent month-on-month in May, reversing a 9.2 percent rise in April and confounding expectations for an increase of 1.6 percent. However, sales were 9.1 percent higher than in February 2020, before the impact of coronavirus.

The largest contribution to the monthly decline came from food stores where sales volumes fell by 5.7 percent. Anecdotal evidence suggested that the easing of hospitality restrictions had had an impact on sales as people returned to eating and drinking at locations such as restaurants and bars.

Meanwhile, non-food store sales were up 2.3 percent. Automotive fuel sales grew 6.2 percent from April, as people continued to increase their amount of travel.

Rather than suggest the economic recovery is already spluttering, the decline in retail sales in May is probably just a result of the reopening of indoor hospitality in mid-May prompting households to spend less time shopping and more time socializing, Paul Dales, an economist at Capital Economics.

On a yearly basis, the retail sales volume growth moderated to 24.6 percent in May from 42.4 percent a month ago. This was also slower than the expected expansion of 29 percent.

The ONS said these annual growth rates were distorted by base effects and are not a reliable guide.

Data showed that there was a decline in the proportion of retail spending online values to 28.5 percent from 29.8 percent in April. All sectors reporting monthly fall in their online sales as consumers returned to physical stores.