Uncharted territory: The global economy has everyone guessing

Markets and economists are debating the implications of another surge in US inflation to levels last seen a quarter of a century ago but the dilemma confronting investors and policymakers is whether that has any relevance within economic settings that are unprecedented in the post-war period. 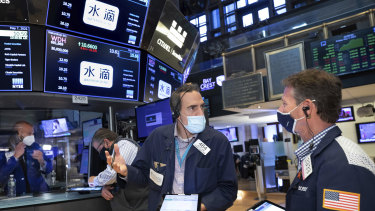 Would that matter? The US Federal Reserve Board and other policymakers say it doesn’t. They argue that the spike in inflation is transitory, a response to the disruption generated by the worst of the pandemic impacts last year.

It will pass, they say, as supply chain bottlenecks, school closures and pandemic-induced caution among the unemployed gradually resolve themselves as the vaccination rates increase and businesses gradually return to normal operations.

That sanguine view of the inflation numbers was buttressed by last Friday’s weaker-than-expected US jobs data. While employment grew by 559,000 that was well short of expectations and left the US with about 7.5 million fewer employed than it had pre-pandemic.

At the same time, however, US employers are reporting difficulties in attracting workers despite increasing wages, particularly for lower-paid jobs in leisure and hospitality. That could relate to the continuing effects of COVID-19 on the risk-aversion of potential workers, continuing school closures in some states and the boost that lower-paid in particular received from generous relief payments.

Responses to the inflation numbers are divided between those, like the Fed, who believe they are transitory and others, like former Treasury Secretary Larry Summers, who believe the Fed is badly underestimating the longer term effects of its own monetary stimulus when combined with the massive fiscal splurges of the Trump and Biden administrations.

Unlike 2008, when most of the heavy lifting in response to the sub-prime mortgage crisis was left to the central banks, who drove rates down close to or below zero and embarked on massive purchases of bonds and mortgages to keep them low, the pandemic has also produced an unprecedented fiscal response.

While governments did provide some stimulus in 2008 it was relatively restrained and they quickly reined it back in as the threat of a financial system implosion receded, setting the scene for quite sluggish growth – and minimal inflation – in the developed economies over the following decade.

Last year, perhaps because they were responding to a pandemic of frightening proportions with dire implications for real economic activity and ordinary individuals rather than a threat to the financial system generated by excessive risk-taking by banks (no government is eager to bail out banks from the consequences of their poor decisions), governments responded quite differently. 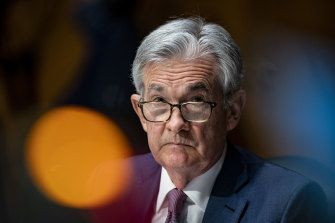 They showered households and businesses directly with cash. The International Monetary Fund has estimated advanced economies have spent, on average, about six per cent of their GDP on relief programs.

What would have been unthinkable over the previous decade was made palatable, not just by the nature of the threat, but by the fact that the funding cost of the extra government debt being incurred was, thanks to the central banks, minimal.

In the US, that spending in response to the pandemic is now being followed by the unprecedented infrastructure and spending program, Congress willing, being pursued by the Biden administration.

In the developed world – thanks to the relief spending, ultra-low interest rates and the impact of COVID-19 on travel, hospitality and leisure activities – household savings rates are higher than they were pre-pandemic.

Just as governments’ responses to the pandemic have created structural changes to their fiscal settings, it is quite conceivable that there will be some lasting societal impacts. Between them, they imply a very different recovery from last year’s recessions to that experienced after 2008 or previous economic downturns.

There’s also been – again thanks to ultra-low rates and the vast amounts of central bank-supplied liquidity sloshing around financial systems – vast amounts of wealth created, on paper at least, by the boom in financial markets.

There’s a lot of latent consumption, therefore, that could help drive a recovery which is already unique in the speed at which the developed world has transitioned from economic bust to economic boom.

Whether the fiscal splurge that explains that remarkable bounce-back – most developed economies will end this year larger than they were before the pandemic struck – ends well, or not, depends on what happens to inflation and interest rates.

If the course of events follows the scenarios expected by the Fed and the other key central banks, economic growth and inflation rates will settle back as the impacts of the pandemic recede and the fiscal spending is wound back.

The quantitative easing programs (bond and mortgage purchases) embarked on by the Fed, the European Central Bank, the Bank of Japan and others, including the Reserve Bank, will start to be “tapered” either late this year or sometime in 2022. In late 2023, or in 2024, interest rates will start to rise, modestly. 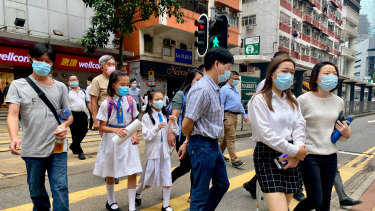 The pandemic has upended the global economy, and countries are bouncing back at different speeds.Credit:AP

That’s conceivable. It’s also conceivable, however, that the central banks don’t quite get their timing right or that the higher inflation rates aren’t transitory and break out beyond the “two per cent on average” which now appears to be the consensus target for the central banks and forces their hand.

That would be unpleasant for households, businesses and governments, which are all carrying historically high levels of debt and leverage.

What isn’t yet clear is whether the post-pandemic economy will be the same, or at least very similar, to the economy ahead of the pandemic.

Will some of the changes to the way people work and businesses operate that the pandemic forced be permanent, or at least quite long-lasting?

How long will it be before normal pre-pandemic levels of travel are possible? Will people still go to cinemas or theatres or restaurants, or shop in stores, or return to city offices in their pre-pandemic numbers? Will the drift from cities to regional areas – which has undermined the economic leverage that comes from population density, be reversed? Will demand for cars and public transport be materially affected if more people work from home?

Just as governments’ responses to the pandemic have created structural changes to their fiscal settings, it is quite conceivable that there will be some lasting societal impacts. Between them, they imply a very different recovery from last year’s recessions to that experienced after 2008 or previous economic downturns.

One or two inflation numbers don’t provide any clear insights into the future of developed economies but it is those numbers, along with jobs data, that will eventually inform us as to whether the future is turning out differently to the past, with all that might imply – reassuring or scary – for inflation, interest rates, government budgets and housing and securities markets.