Where's the Beef … in IPO Profits?

The energy sector pulled the market lower today as oil prices dropped. Much of the decline is due to yesterday's report that oil storage levels in the U.S. haven't been this high since 2017. Additionally, Russian oil production was well above expected levels, which may put OPEC's plans for its own cuts in jeopardy. Put together, these two issues contributed to another day of selling in the oil market.

As I pointed out in a previous Chart Advisor issue two weeks ago, the oil market had been losing investor interest even before prices started to drop, and traders have been leaving the big oil-based exchange-traded funds (ETFs). As you can see in the following chart, the United States Oil Fund ETF (USO) has completed a mini-head and shoulders pattern and could easily drop to $12 per share as investors worry about production levels.

This is clearly a tough issue for stocks in the energy sector. Exxon Mobil Corporation (XOM) has already given up one-third of its gains since December of last year, and many smaller firms have performed worse. This is also likely to drag on the transportation sector. While it may seem counter-intuitive – since the cost of fuel is likely to fall – enough transportation companies are involved directly with the energy sector that they tend to follow each other on average. 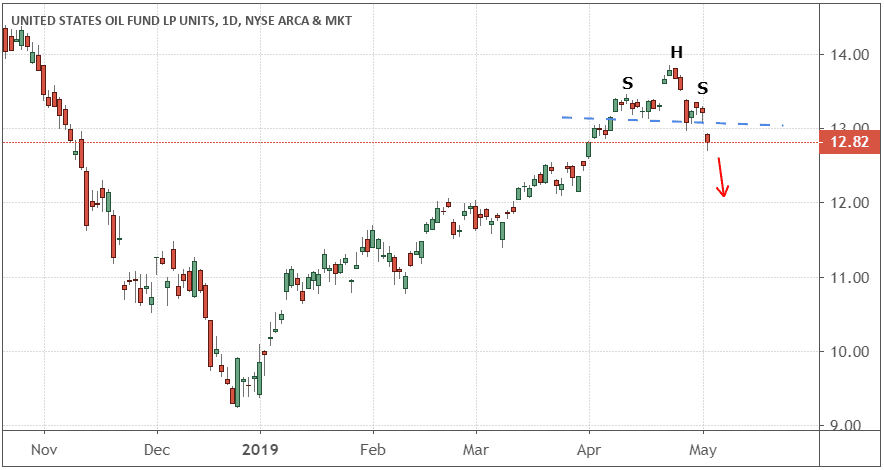 The S&P 500 continued the volatility started yesterday as investors worried about oil prices and prepared for tomorrow's labor report. From a technical perspective, the S&P 500 pulling back at its prior, long-term highs isn't a surprise and may be helpful for investors looking for opportunities to open new positions if prices drop to support.

In my opinion, it is too early to worry much about a change in the trend. I am more interested in what happens at this point within some of the riskier categories like small-cap stocks, emerging markets and junk bonds. For example, if junk bonds break long-term resistance or support over the next few trading sessions, I would expect the major market indexes to follow.

How to Trade the Head and Shoulders Pattern

Everything You Need to Know About Junk Bonds 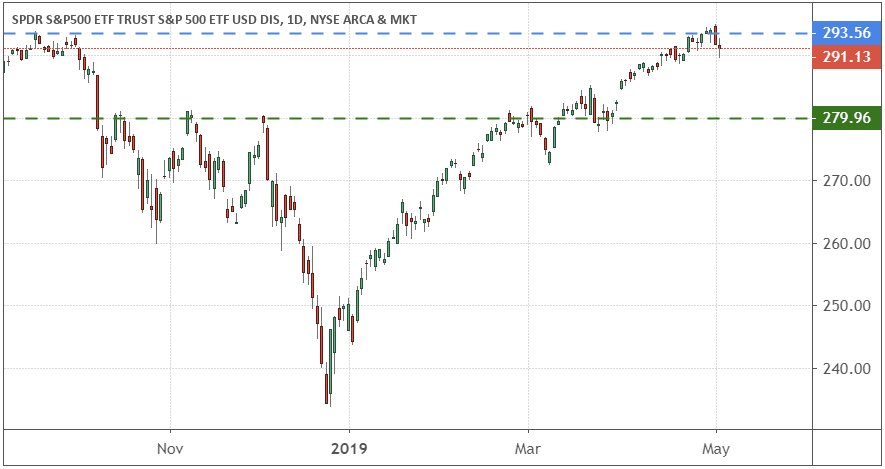 Today's Beyond Meat, Inc. (BYND) IPO reminded me that this is a good time to take a closer look at risks in the market that are unsystemic (i.e. don't affect the entire market) and difficult for individual investors to recognize. Beyond Meat was first listed today and surged 43% up from its open price, as you can see in the following chart. Regardless of whether you find beet juice and pea proteins (used to imitate natural meat juices) appetizing, those are some tasty returns.

The idea of investing in IPOs (vegan or otherwise) is attractive for many investors, but IPOs are also one of the best examples of survivorship bias that I can point to in the market. Investors tend to remember only the "surviving" IPOs that did well at the initial launch and have continued to do well. The IPOs of Mastercard Incorporated (MA) in 2006, Google in 2004 (now Alphabet Inc., GOOGL) and Facebook, Inc. (FB) in 2012 (despite the tough start) are easy to remember and seem like great investments in hindsight, but what about the rest of the non-survivors?

If we assume that no-one has a special ability to predict the future for Beyond Meat, which isn't even profitable yet, then we must rely on the historical data for IPOs. Unfortunately, the odds aren't good. Most IPOs have negative market-adjusted returns three months after their stock starts trading. That means most new companies will underperform an investment in an indexed fund like the SPDR S&P 500 ETF (SPY).

The average 90-day market-adjusted return for all IPOs since 1980 is -17.8%, and that is surprisingly consistent regardless of the kind of company or the market environment at the time of the IPO. For every Facebook or Google, there are dozens of companies like Zynga Inc., Groupon, Inc. (GRPN) and Spotify Technology S.A. (SPOT) that perform very poorly.

Before you get ready to buy shares in the next Uber, Slack or SciPlay, be careful about underestimating the difficulty all investors face when trying to assess risk despite our cognitive biases and imperfect memories. In the case of IPOs, the difficulties are compounded by the fact that an IPO's underwriting banks work very hard to make sure the stock has been promoted in the press for weeks prior to the actual listing.

What Is Survivorship Bias Risk?

What Are the Three Phases of a Completed Initial Public Offering (IPO)?

Merck Stock Bounces Back Thanks to a 'Golden Cross' 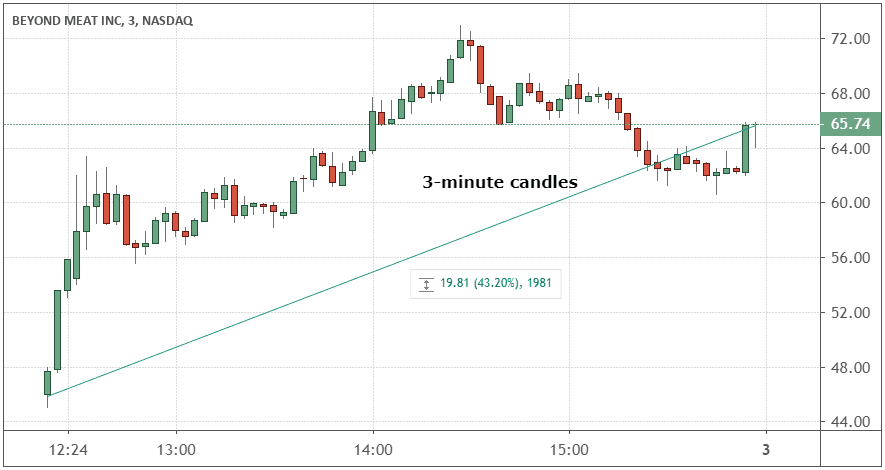 Tomorrow is the first Friday of the month, which means we will get the Bureau of Labor Statistics payrolls report before the market opens. This is always an important data point, but this release will be even more important. Investors are still struggling with how to interpret the Fed's stance on inflation and interest rates, and the payrolls report may reveal new information that could clarify the outlook.

If the labor report comes in above expectations – especially if that includes better-than-expected wage growth – investors will likely turn more hawkish on interest rates. If the report is softer than expected, investors may send rates lower and bonds higher in the short term. The first outcome is likely the most favorable for stocks.

Learn the Basics of Investing

Enjoy this article? Get more by signing up for the Chart Advisor newsletter.