You Only Live Once: Welcome to the YOLO economy

Something strange is happening to the exhausted, type-A millennial workers of America. After a year spent hunched over their MacBooks, enduring back-to-back Zooms in between sourdough loaves and Peloton rides, they are flipping the carefully arranged chessboards of their lives and deciding to risk it all.

Some are abandoning cushy and stable jobs to start a new business, turn a side hustle into a full-time gig or finally work on that screenplay. Others are scoffing at their bosses’ return-to-office mandates and threatening to quit unless they’re allowed to work wherever and whenever they want.

They are emboldened by rising vaccination rates in the US, and a recovering job market. Their bank accounts, fattened by a year of stay-at-home savings and soaring asset prices, have increased their risk appetites. And while some of them are just changing jobs, others are stepping off the career treadmill altogether. 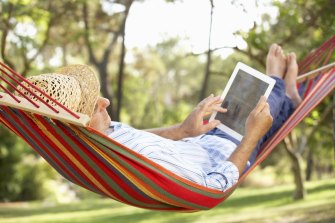 You only live once: Rather than returning to their office jobs, many are getting off the career treadmill.

If this movement has a rallying cry, it’s “YOLO” — “you only live once,” an acronym popularised by the rapper Drake a decade ago and deployed by cheerful risk-takers ever since. The term is a meme among stock traders on Reddit, who use it when making irresponsible bets that sometimes pay off anyway. (This year’s GameStop trade was the archetypal YOLO.) More broadly, it has come to characterise the attitude that has captured a certain type of bored office worker in recent months.

To be clear: The pandemic is not over, and millions of Americans are still grieving the loss of jobs and loved ones. Not everyone can afford to throw caution to the wind. But for a growing number of people with financial cushions and in-demand skills, the dread and anxiety of the past year are giving way to a new kind of professional fearlessness.

I started hearing these stories this year when several acquaintances announced that they were quitting prestigious and high-paying jobs to pursue risky passion projects. Since then, a trickle of LinkedIn updates has turned into a torrent. I tweeted about it, and dozens of stories poured into my inboxes, all variations on the same basic theme: The pandemic changed my priorities, and I realised I didn’t have to live like this.

Brett Williams, 33, a lawyer in Orlando, Florida, had his YOLO epiphany during a Zoom mediation in February.

“I realised I was sitting at my kitchen counter 10 hours a day feeling miserable,” he said. “I just thought: ‘What do I have to lose? We could all die tomorrow.’”

So he quit, leaving behind a partner position and a big-firm salary to take a job at a small firm run by his next-door neighbour, and to spend more time with his wife and dog.

“I’m still a lawyer,” he said. “But I haven’t been this excited to go to work in a long time.”

If “languishing” is 2021’s dominant emotion, YOLOing may be the year’s defining workforce trend. A recent Microsoft survey found that more than 40 per cent of workers globally were considering leaving their jobs this year. Blind, an anonymous social network that is popular with tech workers, recently found that 49 per cent of its users planned to get a new job this year.

“We’ve all had a year to evaluate if the life we’re living is the one we want to be living,” said Christina Wallace, a senior lecturer at Harvard Business School. “Especially for younger people who have been told to work hard, pay off your loans and someday you’ll get to enjoy your life, a lot of them are questioning that equation. What if they want to be happy right now?”

Fearful of an exodus, employers are trying to boost morale and prevent burnout. LinkedIn recently gave the majority of its employees a paid week off, while Twitter employees have been given an extra day off per month to recharge under a program called #DayofRest. Credit Suisse gave its junior bankers $US20,000 “lifestyle allowances,” while Houlihan Lokey, another Wall Street firm, gave many of its employees all-expenses-paid vacations.

Raises and time off may persuade some employees to stay put. But for others, stasis is the problem, and the only solution is radical change.

“It has become challenging to continue to work for companies who operate business as usual, without taking into account how our lives have changed overnighty.”

“It feels like we’ve been so locked into careers for the past decade, and this is our opportunity to switch it up,” said Nate Moseley, 29, a buyer at a major clothing retailer.

Moseley recently decided to leave his $US130,000-a-year job before June 1 — the date his company is requiring workers to return to the office.

Disillusioned workers with money to spare have always gone soul-searching. And it’s possible that some of these YOLOers will end up back in stable jobs if they spend through their savings, or their new ventures fizzle. But a daredevil spirit seems to be infecting even the kinds of risk-averse overachievers who typically cling to the career ladder.

In part, that’s because more people than ever can afford to take a risk these days. Stimulus cheques, enhanced unemployment benefits and a stock market boom have given many workers bigger safety nets.

Many sectors in the US now face severe labour shortages, meaning that workers in those fields can easily find new jobs if they need them. (Not all of these are high tech; many restaurants and trucking companies, for example, are struggling to fill open jobs.) US job openings rose to a two-year high in February, and economists and business owners expect more turnover in the months ahead, as workers who stayed put during the pandemic start emerging from their bunkers.

“Lots of things were on hold during the pandemic,” said Jed Kolko, the chief economist at Indeed.com. “To some extent, we’re seeing a year’s worth of big life changes starting to accelerate now.”

Individual YOLO decisions can be chalked up to many factors: cabin fever, low interest rates, the emergence of new get-rich-quick schemes like NFTs and meme stocks. But many seem related to a deeper, generational disillusionment, and a feeling that the economy is changing in ways that reward the crazy and punish the cautious.

Several people in their late 20s and early 30s — mostly those who went to good schools, work in high-prestige industries and would never be classified as “essential workers” — told me that the pandemic had destroyed their faith in the traditional white-collar career path. They had watched their independent-minded peers getting rich by joining startups or gambling on cryptocurrencies. Meanwhile, their bosses were drowning them in mundane work, or trying to automate their jobs, and were generally failing to support them during one of the hardest years of their lives.

“The past year has been telling for how companies really value their workforces,” said Latesha Byrd, a career coach in Charlotte, North Carolina. “It has become challenging to continue to work for companies who operate business as usual, without taking into account how our lives have changed overnight.”

Kevin Roose is a technology columnist at The New York Times and the author of “Futureproof: 9 Rules for Humans in the Age of Automation.”