PG&E under ‘fire’ for recurring wildfires in California

Consumer Watchdog president Jamie Court criticizes PG&E for its failure to update its equipment, which he says is a reason so many wildfires have sparked in California.

NEW YORK (AP) — The wildfires that are rampant this time of year in California force small business owners to be prepared in the same way as owners in other parts of the country who deal with tornadoes and other natural disasters. It means being prepared for disruption.

Dry air and strong winds spread fires quickly, forcing some owners to evacuate and others to deal with smoke and ash. In the past year, coping with wildfires has taken on a new twist, as Pacific Gas & Electric, whose overhead lines and other equipment have been blamed for a number of fires, has turned off the power to hundreds of thousands of customers when weather conditions appear conducive to starting and spreading fires.

As a result of the unpredictable outages, many owners are thinking about installing natural gas-powered generators and solar panels so, when they’re forced off the grid, they can keep operating. Customer inquiries at NeoVolta, the maker of residential energy storage batteries, quadrupled in two weeks, CEO Brent Willson says. While many homeowners want to keep their homes powered, “20% to 30% work out of their homes every day,” Willson says.

Owners whose companies lose power or are forced to evacuate try to get the work done — those whose work is done on laptops pack up the PCs and leave. Others outsource as much work as they can. The Benjamin Franklin Plumbing franchise in Novato was forced to close because the fire known as the Kincade that started Oct. 23 burned nearby. President John Rossi had incoming phone calls rerouted to an outside call center. He moved some of his workers to his two other locations, in Concord and San Jose, so they could keep working and be paid. 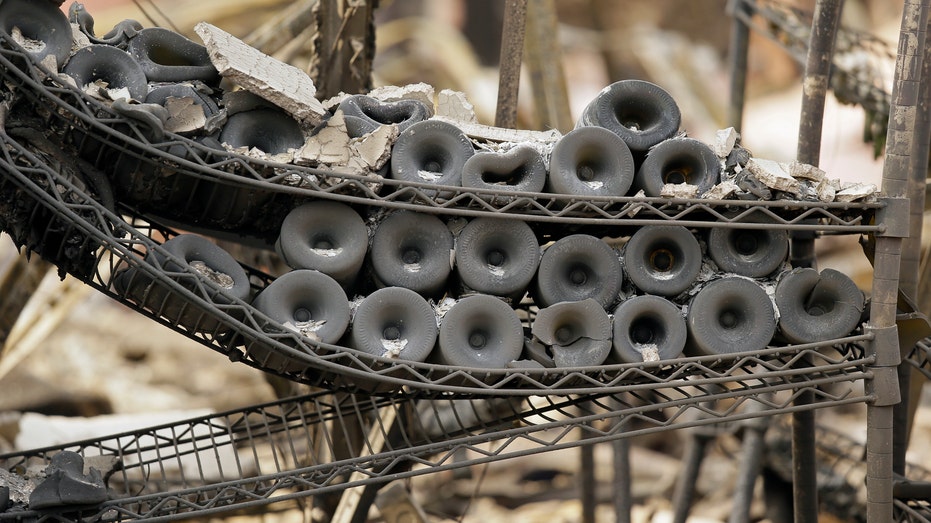 A rack of burned bottles of wine are seen at a winery in Napa, California. (AP Photo/Eric Risberg, File)

This is becoming an autumn routine for the business.

Whether owners need to evacuate or stay and work, they understand a fire affects productivity; whether they work alone or have employees, it’s an anxious time and the fire is a distraction.

Jon Stenstrom, who works out of his Los Angeles home, prepares to leave if smoke triggers his asthma. 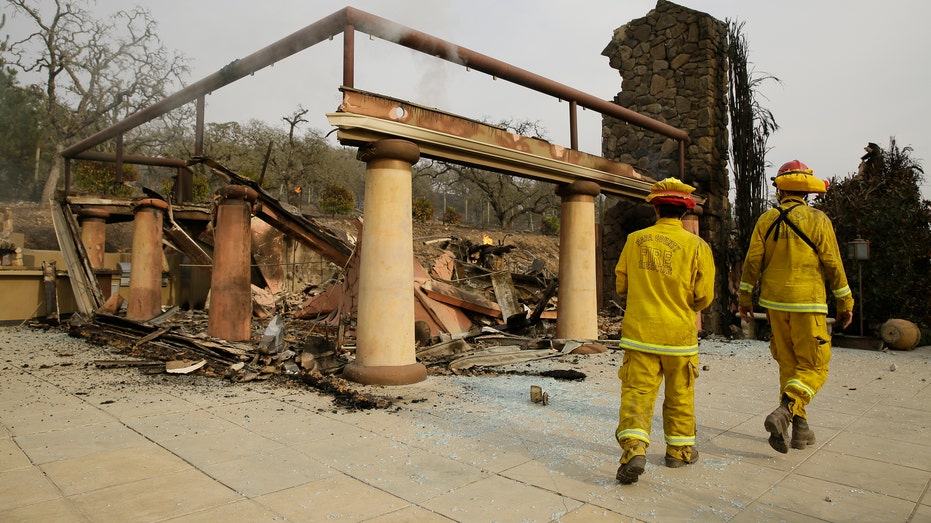 A pair of Napa County firemen walk through the remains of a winery in Napa, California. (AP Photo/Eric Risberg, File)

“I give myself a day and if it isn’t going to clear and the winds are blowing, I can bring the laptop and move on,” says Stenstrom, owner of Cast & Spear, a website dedicated to fishing. After what’s called the Getty fire started Oct. 28, Stenstrom closeted himself in his house, but needed to check outside and see how bad the blowing smoke and ash were.