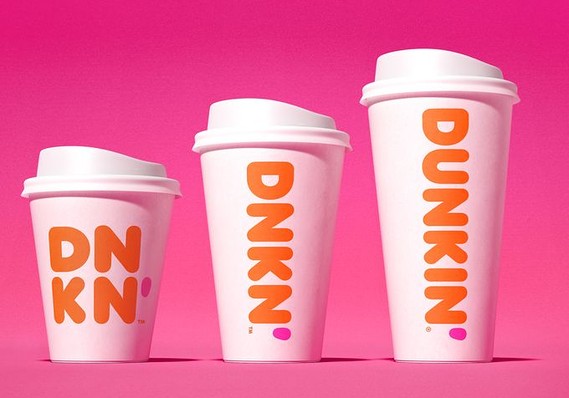 Dunkin Brands Group Inc. and Starbucks Corp. are racing to make the fastest coffee in the market.

“And most importantly, we’ve maintained our operational speed while growing the espresso category,” Hoffmann said, according to a FactSet transcript of the earnings call, citing the number one spot Dunkin’ occupies on QSR Magazine’s 2019 Drive-Thru Performance Study.

“Espresso obviously has not slowed us down,” he said. “Great coffee fast is what we do best and what we will continue to drive.”

Speed was also a topic of discussion for Starbucks, which announced its fiscal fourth-quarter earnings on Wednesday. Chief Executive Kevin Johnson also talked up the speed and efficiency of new Mastrena machines that are going into restaurants.

“Today in our older machines you have to pull a doubleshot and then another single shot for any beverage that has three shots of espresso,” he said.

Another factor helping to fill orders quickly are each company’s loyalty program. My Starbucks Rewards, which has 17.6 million active members, allows customers to place an order in advance, and head directly to counter where food and beverages are waiting when they arrive at the store. It’s a system Starbucks has worked to improve after a few hiccups.

“Guest checkout is just one more way customers can experience the speed of Dunkin’ exactly the way they want it,” said Hoffmann.

And not to be left behind, Dunkin’ is also installing new coffee brewers nationwide for iced coffee.

“Although it has 13 million DD Perks members, compared to Starbucks’ near 17.6 million My Starbucks Rewards members, they account for just 13% of all tender, compared to Starbucks’ 42%,” wrote Guggenheim analysts in a Dunkin’ note. “Similarly, mobile-order-and-pay is just 4% but with [Dunkin’s] brand image of a fast, on-the-go experience we see the potential to rapidly expand this high-margin purchase occasion.”

“While Dunkin’ seems to be placing new emphasis around Perks in adding new enhancements such as guest checkout, multi-tender payment, and one-step enrollment, we wonder if Dunkin’ might one-day narrow the gap to Starbucks’ My Starbucks Rewards program,” wrote KeyBanc Capital Markets.

Analysts there led by Eric Gonzalez think Dunkin’s focus on core items like coffee and breakfast sandwiches, beverage innovation and promotions will help it retain the lead in the morning and compete with fast-food chains and convenience stores “with higher quality coffee and food offerings” in the afternoon.

“That said, we expect coffee-led chains like Dunkin’ and Starbucks to continue to struggle in the afternoon as long as the competitive environment for fast food remains heightened,” KeyBanc said.

In addition to coffee, Dunkin’s Hoffmann said the company is also eager for the nationwide launch of the Beyond Breakfast Sausage, a plant-based sausage sandwich created in partnership with Beyond Meat Inc. BYND, -2.90% , on Nov. 6 at 9,000 locations, an opportunity to lead in a new menu item and “democratize” the trend in the U.S.

“Being the first to market nationally – like Burger King with its ‘Impossible Whopper’ – can certainly generate attention and trial, but proof of sustained incrementality is not proven once widely available across brands and platform,” wrote JPMorgan, which rates Dunkin’ stock neutral. Analysts raised their price target to $80 from $75.