Mike Sommers, American Petroleum Institute president and CEO, reacts to environmental and tribal groups protesting the construction project on the Line 3 pipeline, saying, ‘I don’t know why anybody would want to shut down this important pipeline.’

Mike Sommers, the American Petroleum Institute president and CEO, argued on "Mornings with Maria" on Wednesday that "restricting pipeline development and shutting down safe pipelines that deliver affordable energy to the world is the exact opposite thing that we should be pursuing right now."

Sommers made the comment as the climate activists reportedly aim to defeat another pipeline as Native American business leaders defend construction.

Gordon Construction is among the Native-owned companies that are contracting with the Canadian energy company Enbridge on the construction of Line 3, a pipeline carrying oil from Canada to the United States, the Daily Signal reported.

Enbridge Energy says the 1960s-era pipeline is deteriorating and can run at only about half its original capacity and therefore, the construction is needed. The firm claims that the new line, made from stronger steel, will better protect the environment while restoring its capacity and ensuring reliable deliveries to refineries in America.

Earlier this month, hundreds of activists went to the construction site to protest the project and many of them vandalized contractor equipment, damaged environmental safeguards meant to control erosion and attempted to trap workers, the Daily Signal reported, citing information from Enbridge.

Dozens of people were reportedly arrested by state police and sheriff’s officers.

Sommers called Line 3 "an important connecting point to make sure that we can get oil to refineries in the Midwest and the Gulf Coast."

He also pointed out that "there are about 5,000 jobs supported by Line 3."

"I don’t know why anybody would want to shut down this important pipeline," Sommers told host Maria Bartiromo, noting that what is happening with Line 3 reflects "a trend."

"I think that activists have figured out that they can’t beat the United States on supply," he said.

"We continue to be the number one supplier of energy throughout the world and they can’t beat us on demand."

Sommers stressed that "the world is going to continue to require more energy and particularly more oil and gas as the world grows by about two billion people." 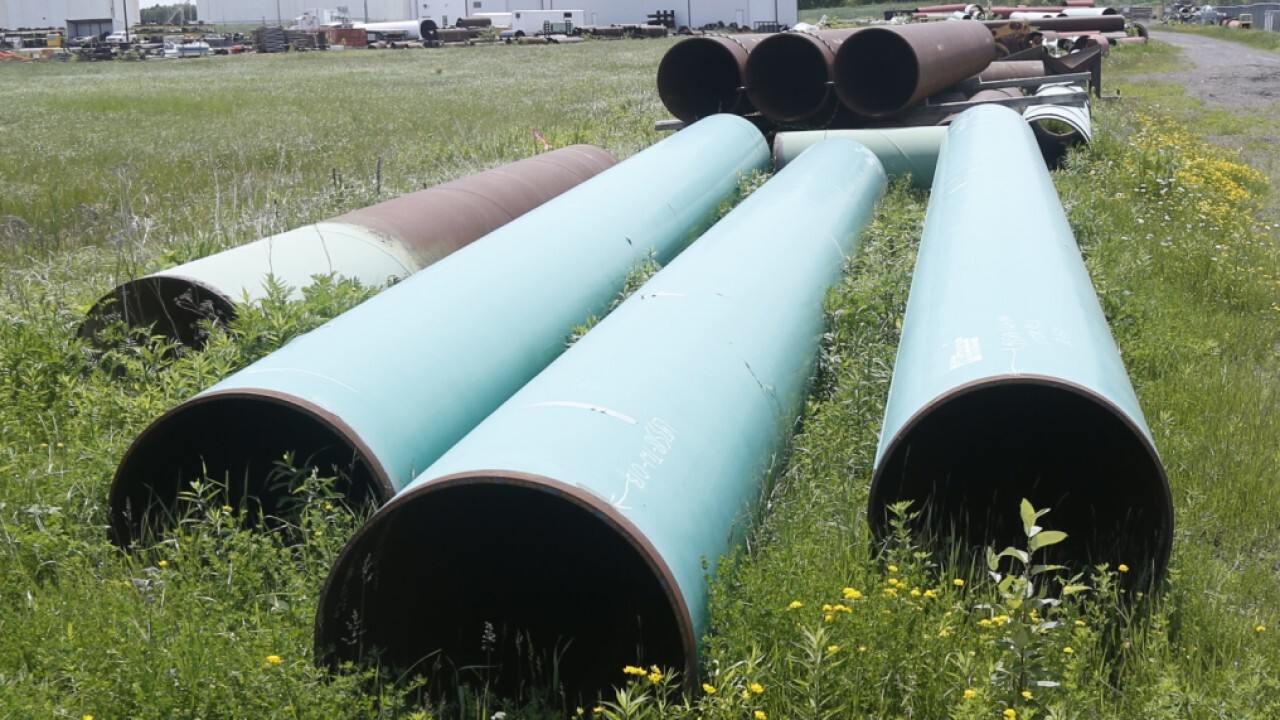 Mike Sommers, American Petroleum Institute president and CEO, argues ‘restricting pipeline development and shutting down safe pipelines that deliver affordable energy to the world is the exact opposite thing that we should be pursuing right now.’

Sommers then stressed that the U.S. should, therefore, not try to restrict pipeline development or try to shut down safe pipelines that deliver affordable energy to the world.

Last month, more than 300 groups delivered a letter to President Biden calling on him to direct the Army Corps of Engineers to suspend or revoke Enbridge’s federal clean water permit for the project. The groups urged the president, who has not taken a stand on Line 3, to follow the example he set on the first day in office, when he canceled the disputed Keystone XL pipeline, citing concerns about climate change.

President Biden revoked the permit for the 1,700-mile pipeline, ending a project that was expected to employ more than 11,000 Americans this year. Biden also temporarily suspended the issuance of oil and gas permits on federal lands and waters in a series of orders aimed at combating climate change.

Sommers made the comments on Wednesday three days after Bank of America said in a note that Brent crude oil could top $100 a barrel next year as the world emerges from the COVID-19 pandemic.

Sommers pointed to projections from the U.S. Energy Information Administration (EIA), which estimates "that 96.2 million b/d of petroleum and liquid fuels was consumed globally in May, an increase of 11.9 million b/d from May 2020, but 3.7 million b/d less than in May 2019."

The EIA projected that "global consumption of petroleum and liquid fuels will average 97.7 million b/d for all of 2021," which is an increase of more than 5 million b/d from 2020.

The EIA also forecasted that "global consumption of petroleum and liquid fuels will increase by 3.6 million b/d in 2022 to average 101.3 million b/d," which Sommers noted "would be above pre-pandemic levels."

"That is all driven by demand," Sommers told Bartiromo. "People are getting back to work. People are going back to vacation and we’re also seeing that supply has been constrained, but we expect supply is going to come back up as prices rise."