Fairway Market denied on Wednesday that it is preparing to file for Chapter 7 bankruptcy protection, saying it’s in talks to save at least some stores.

“Fairway has been engaged in a strategic process and expects to soon announce a value maximizing transaction that will provide for the ongoing operations of stores,” a company spokeswoman said in a statement.

“Our lenders remain extremely supportive of our efforts,” the statement added. “All 14 stores remain open for business, offering a complete range of high quality, specialty food products, and we look forward to seeing our customers and employees.”

From the MarketWatch archives (March 2016): New York grocer Fairway’s future on line as competitors — and creditors — close in

The spokeswoman declined to elaborate, and didn’t deny that the company was planning to close stores.

The New York Post reported Tuesday that the retailer has been planning for a Chapter 7 liquidation, even as at least one competitor — Village Super MarketVLGEA, -0.99% , the publicly held owner of ShopRite — has expressed interest in acquiring a handful of Fairway stores and possibly the Fairway name. 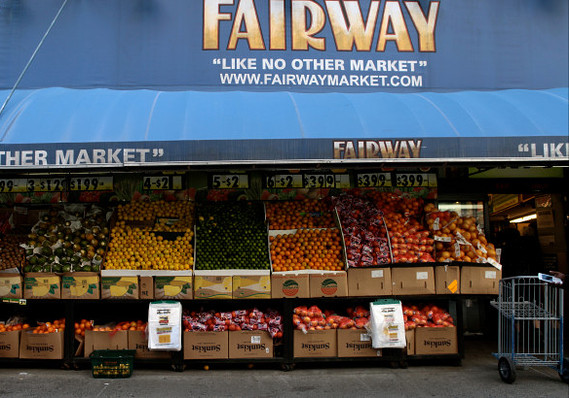 Insiders said it’s possible talks with Village or another competitor have reignited. Nevertheless, prospective buyers of Fairway owned by Brigade Capital Management and Goldman SachsGS, +0.89%are facing the company’s $174 million debt load and expensive leases, including $6 million in rent on its flagship store, sources explained.

The company put itself up for sale last year, but has struggled to find a buyer.

This report previously appeared at NYPost.com.

Read on: What American consumers paid more for in 2019 — and what cost less