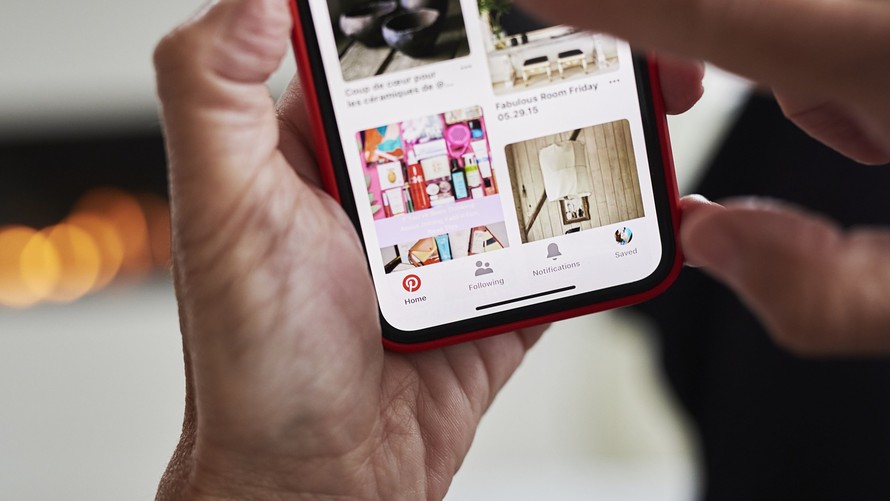 Pinterest Inc. stock plunged in late trading Thursday as revenue growth that was cheered in its previous earnings report did not continue.

Pinterest PINS, -3.01% reported a net loss of $124.7 million, or 23 cents a share, on revenue of $279.7 million, up from $190.2 million a year ago. That represents revenue growth of roughly 47%, after the previous quarter’s results showed growth of 62% and shoved shares higher in response. Pinterest executives, who had reported year-over-year revenue growth of 54% to 64% in the previous four quarters, blamed a tough comparison with the year-ago quarter.

“This growth is compared to our most challenging year-ago comparison, particularly in the U.S.,” Pinterest executives said in a letter to shareholders that showed 39% growth in the U.S. for the quarter.

Pinterest, which went public in April at $19, closed Thursday with a 3.1% decline at $25.13, then plummeted nearly 20% to less than $21 a share in after-hours trading following the release of the results.

Pinterest is focused on expanding overseas, especially in its advertising business. The company is able to monetize its American users well, taking in $2.93 per user in the U.S., but is still growing its capability to advertise to its rapidly expanding international audience.

While monthly active users in the U.S. grew just 8% year-over-year to 87 million in the third quarter, international users increased 38% to 235 million. However, Pinterest collected just 13 cents for every foreign user in the quarter, as it continues to build out its advertising capabilities on other continents.

“In Q3, we expanded our ads business to 28 countries, up from 19 at the end of Q2,” the letter to shareholders reads. “New markets in Q3 include Cyprus, Czech Republic, Greece, Hungary, Luxembourg, Malta, Poland, Romania and Slovakia. … Given the significant opportunity to grow our business in English-speaking countries and Western Europe, we will focus on scaling our presence in these markets before further expanding to new countries or regions.”

International revenue in total more than tripled in the quarter off a small base, from about $9 million to roughly $28 million. International advertising was more than 10% of Pinterest’s revenue total, after representing less than 5% of sales in the same quarter a year ago.

Pinterest is also looking to increase revenue through video advertisements and strengthening users’ ability to buy items directly from the online scrapbooks they create or view on the social-media service.

“Overall, the percentage of U.S. MAUs that engage with shopping features roughly doubled since last quarter,” Pinterest executives disclosed in their letter to investors.