U.S. Energy Secretary Dan Brouillette says the decision to cancel the Atlantic Coast Pipeline is disappointing due to the number of jobs that it would have created.

The decision by builders to cancel the construction of the Atlantic Coast Pipeline is "disappointing" but "economically rational," Energy Secretary Dan Brouillette said Monday after companies scrapped the 600-mile natural gas pipeline that had originally been planned in 2014.

"It’s a lost opportunity because of the number of jobs that would have been created in places like West Virginia, Pennsylvania, Ohio, Virginia and North Carolina," Brouillette told "Varney & Co." in his first interview following the companies' decision. "The other lost opportunity here is lower energy costs for all of the residents in North Carolina. So a very important decision by these two companies. Disappointing, but I understand it." 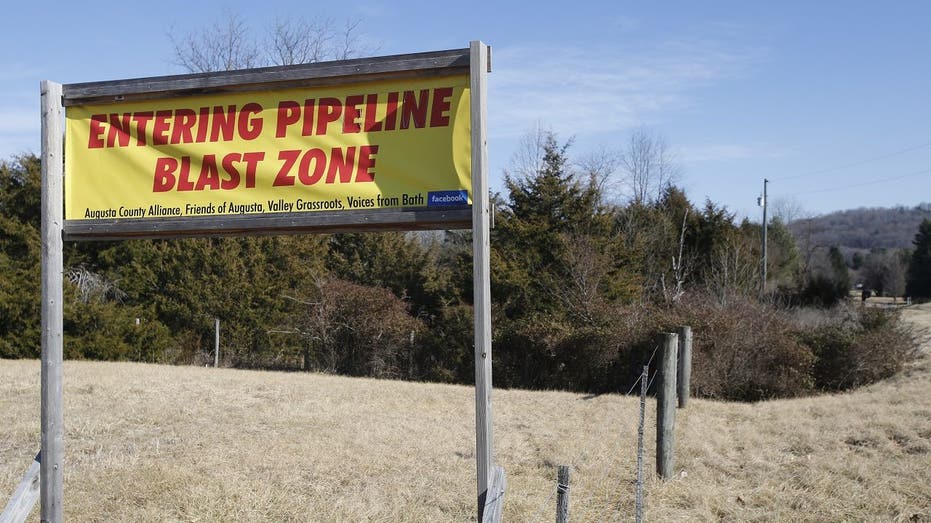 This Feb. 8, 2018, file photo shows a sign along a highway to protests the route of the Atlantic Coast Pipeline in Deerfield, Va. (AP Photo/Steve Helber, File)

In a joint statement, the companies said: "Despite last month’s overwhelming 7-2 victory at the United States Supreme Court, which vindicated the project and decisions made by permitting agencies, recent developments have created an unacceptable layer of uncertainty and anticipated delays for [Atlantic Coast Pipeline]. A series of legal challenges to the project’s federal and state permits has caused significant project cost increases and timing delays."

"Truly enormous: after powerful organizing by tens of thousands of great activists, Duke Energy and Dominion Energy throw in the towel and cancel Atlantic Coast Pipeline," Bill McKibben, founder of 350.org, a group that opposes the use of fossil fuels, wrote on Twitter. "Such thanks to those who fought."