ANZ and Westpac should have waited for Reserve Bank’s message

If ANZ and Westpac had waited to hear Reserve Bank Governor Philip Lowe’s speech on Tuesday evening, would they have passed on the entire 25 basis point cut to the RBA’s cash rate?

Lowe’s highly unusual, and unusually emphatic, declaration that the banks should pass the full reduction in the cash rate through to mortgage borrowers was a clear call for them to relegate their self-interest to the greater good.

One could quibble with his rationale that a fall in wholesale funding and deposit costs meant that the banks could afford to pass through the entire amount. But his statement that a full passing through of the rate cut would mean the economy received the full benefit of the RBA's decision was almost a plea that the banks consider the needs of the wider economy. 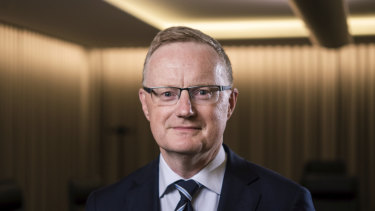 ANZ, which decided to pass on only 18 basis points to variable rate home loans, and Westpac, which opted for 20 basis points, could only try to justify their decisions by pointing to all their stakeholders, including savings depositors and shareholders.

The major banks are all funded largely – about 70 per cent – by deposits and therefore wholesale funding costs play a smaller role than they did before the GFC.

Bank earnings are under pressure, with net interest margins being crunched as lending rates keep trending down and little room to move on the now negligible deposit rates. On top of that they see modest credit growth (and therefore volume growth), bad debts ticking up, earnings on shareholder capital and non-interest-bearing deposits falling and the ballooning costs of customer remediation and new compliance and risk-management systems.

But those are excuses rather than justifications.

Apart from the reputational damage of holding on to some of the RBA cut (NAB and Commonwealth showed a greater sensitivity to the post-royal commission environment), ANZ and Westpac have taken a narrow and near-term view of their self-interest.

A stronger economy would have a greater positive impact on their longer-term profitability and the outlook for depositors than a few basis points of extra margin, and Lowe was clearly signalling that the economy needs the full impact of the RBA’s rate reduction – and the others that he foreshadowed will probably follow.

Lowe described the domestic economic outlook as reasonable, but singled out international trade disputes as the main downside risk. It is a material one.

Overnight the World Bank issued its semi-annual forecasts of world economic growth and trade. They’re gloomy and provide credibility for the RBA’s concerns.

And no one is immune. The growth rate for advanced economies has been downgraded from last year’s 3 per cent to 2.6 per cent and for emerging and developing economies from 4.3 per cent in 2018 to 4 per cent.

The lead author of the projections, Ayhan Kose, did say, however, that if trade tensions were to escalate and much higher tariffs were imposed on large segments of global trade it was likely there would be a deeper slowdown in the major economies, with significant spill-over effects for trade, confidence and commodity markets.

Global growth in 2020 could be a full percentage point lower in 2020 if more protectionist policies materialised, he said.

In the US on Tuesday, the Federal Reserve Board’s chair, Jerome Powell, linked a willingness to cut US rates, if necessary, to the trade disputes.

Trump’s trade wars are beyond the RBA’s control, but their continuation, let alone their likely escalation and broadening, presents a dark and deepening shadow over the outlook for the Australian economy.

When even the US, which instigated them, is talking about cutting rates to blunt their impact on its economy there is good reason for the RBA to be nervous, particularly as the primary target for the Trump administration is China, our biggest trading partner.

The RBA doesn’t have a lot of firepower left, nor does it has a range of tools to play with.

If it says explicitly – and most uncharacteristically – that it expects and wants the banks to pass on the whole of a rate cut, it is sending a loud signal that it believes the economy really needs the full 25 basis points.

It won’t be pleased that ANZ and Westpac didn’t wait to hear that quite blunt and unequivocal message.