Prominent investment house Bell Potter has publicly attacked a new compliance test for financial advisers, claiming it is biased against stockbrokers, will lead to job losses and push up costs for retail investors.

The mandatory compliance exam written by the soon-to-be-defunct Financial Adviser Standards and Ethics Authority has sparked outrage within the broking community, with experienced professionals struggling to pass it. Three sources told The Sydney Morning Herald and The Age that Bell Potter’s failure rate at the November sitting was 100 per cent, while Shaw Stockbroking and Morgan’s both said a majority of its brokers did not pass. 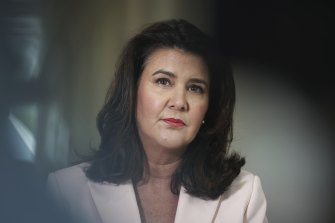 Bell Potter’s head of compliance Lewis Bell and retail broking boss Dean Surkitt met with financial services minister Jane Hume’s chief of staff on February 9 after the firm sent a letter of complaint about the exam. The exam is not specific to stockbroking and tests competency across a broad range of issues including ethics and insurance.

Mr Surkitt sent an email to the Minister’s office following the February meeting to outline his request for changes to the test. “I appreciate your candid response to our questions,” the email, obtained by this masthead, said. “Whilst we will continue in earnest to have our adviser cohort sit and pass the exam by the deadline, we remain committed to the cause of a specialised exam specifically for stockbrokers.”

With only three sittings left and brokers who fail banned from the industry, concern is mounting there could be an exodus of experienced professionals by next year.

In an emailed statement, Mr Surkitt said he would not comment on “private meetings” with the government. He said Bell Potter supports a generalist exam for new entrants, but the current test was “biased” against stockbrokers and would push up costs for retail investors.

“[It] requires us as a business to spend an inordinate amount of time educating and training our staff in areas and on topics on which they are not authorised to advise on or participate in nor will they ever be permitted to operate in,” Mr Surkitt said.

“The only party that will ultimately end up paying the price for this heavy handed approach will be the retail investor who will find that there are less specialist advisers from which to choose from and the cost of the provision of these services will inevitably increase.

“The industry would be happy to fund a specialist exam on our specialist subject matter by any tertiary organisation you want to set that exam and we would only expect to be able to employ advisers who could demonstrate passing that exam – that’s fair and equitable and not going to push experienced industry veterans onto the unemployed queue.”

Senator Hume has said she cannot compel FASEA to tailor exams to different professions because it is an independent body, but also said it was unlikely brokers would leave the industry because of the test.

FASEA has said the exam does not test technical knowledge, rather asks participants to apply an ethical lens to a range of scenarios outside of their specialised field.

Morgans executive chair Brian Sheahan has also called for the test to be “fit for purpose”, adding he is also concerned the education requirements would also see many experienced brokers exit the industry.

Under the regulatory package introduced following the banking royal commission, those working in financial advice must obtain a university degree that is approved by FASEA by 2026.

“Honours in commerce from all the major universities don’t get there,” Mr Sheahan said. “This is way off piste. So effectively from day one we’ve been fighting this.”

One senior broker, who could not be named because he was not authorised to speak to the media, said his bachelors and post-graduate degrees were not recognised because one was from a South African university and the other was “too old”.

“Whilst I’m not happy about this situation for myself, it’s not just me, it’s many of my colleagues who are in a similar situation. Not only at my own firm but other firms,” said the broker.

The 70-year-old met with Liberal Member for Higgins Katie Allen this month to voice concerns about the regulations, adding he would have continued working for another three to five years but would now bring his retirement forward.

Stockbrokers who deal with sophisticated investors – defined as a person with net assets of $2.5 million or income of more than $250,000 for the past two years – do not have to sit the exam.

One senior source at a top broking firm said this was causing fund managers who only service high net worth clients to poach talent from retail broking firms.

“It’s got out of control. These politicians don’t even realise what they’re doing. Arguably, those people who need the advice can’t get it,” Mr Johnston said. “We’ve got between 18,000 and 36,000 disgruntled clients in his [Mr Smith’s] electorate. There’s one time to get politicians listening, it’s leading into the election.”

10 Things in Politics: Matt Gaetz classmates dish on his past
Industies News