Bitcoin headed for its worst week in six months

The price was around $57,200 per coin, while rivals Ethereum and Dogecoin were trading around $4,160 and 22 cents per coin, respectively, according to Coindesk.

Bitcoin fell to a one-month low on Friday and was headed for its worst week in six months as traders have booked profits from a long rally and been spooked by an expectation that creditors of collapsed crypto exchange Mt Gox might liquidate their payments, according to Reuters.

The largest cryptocurrency by market value, bitcoin traded as low as $55,980 overnight, its lowest since mid-October and 20% below last week's record high.

For the week, bitcoin has fallen 14%.

Cryptocurrencies like Bitcoin and Ether seem to have suffered as the mood in global markets has been cautious over recent days amid concerns about economic growth, interest rates and inflation, according to Reuters.

In other cryptocurrency news, a rare copy of the U.S. constitution was sold at auction on Thursday for $43.2 million, a record price for a printed text, according to auction house Sotheby's.

A crowd-funded attempt by cryptocurrency enthusiasts lost out on the bidding at that price. Its not clear why the cryptocurrency group, called "ConstitutionDAO" was outbid, as their crowd-funding page had amassed more than $47 million, according to Reuters. 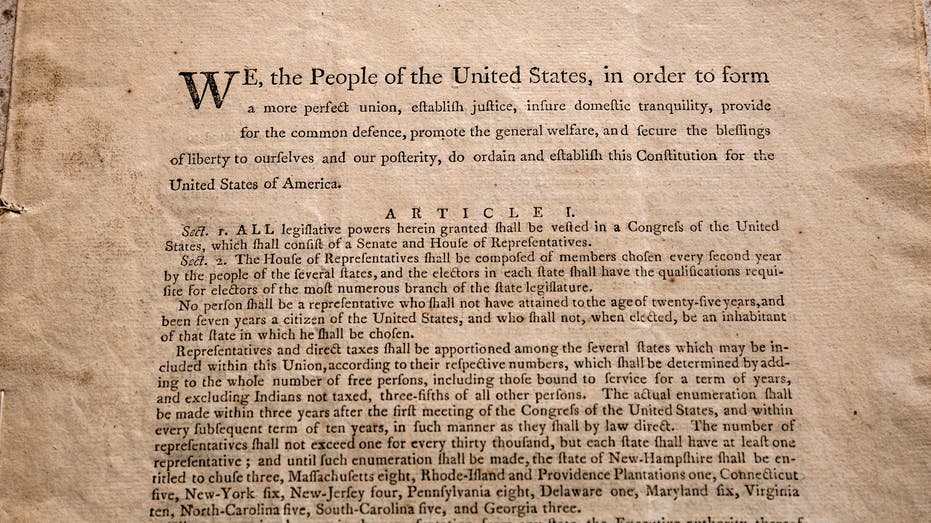 A 1787 copy of the United States Constitution that sold for $43.2 million, a new world record for the most valuable historical document ever sold at an auction, at Sotheby’s in the Manhattan borough of New York City, New York, U.S. September 9, 2021.

The identity of the winning bidder was not immediately revealed.

ConstitutionDAO said on Twitter, promising its 17,437 contributors a refund minus transaction fees.

The extremely rare official first-edition printed copy of the U.S. Constitution, which was adopted by America's founding fathers in Philadelphia in 1787, had been estimated by Sotheby's to be worth $15 million to $20 million.