Bitcoin surges as much as 10%, on track for biggest daily gain of 2019

Bitcoin owners got a much-needed break on Friday when the cryptocurrency surged to its highest level in more than two weeks, putting it on track for its biggest daily gain of the year.

After a prolonged period of suppressed price activity that dragged the Bitcoin Volatility Index to a 12-week low, the move caught traders off guard. “Yes, not just a big move but a sudden move,” said Lennon Sweeting, director and head trader at Coinsquare Capital Markets Ltd.

But digital asset owners were quick to act. “There are quite a few customers taking advantage of this rally, we are definitely seeing a lot of profit taking,” Sweeting added. 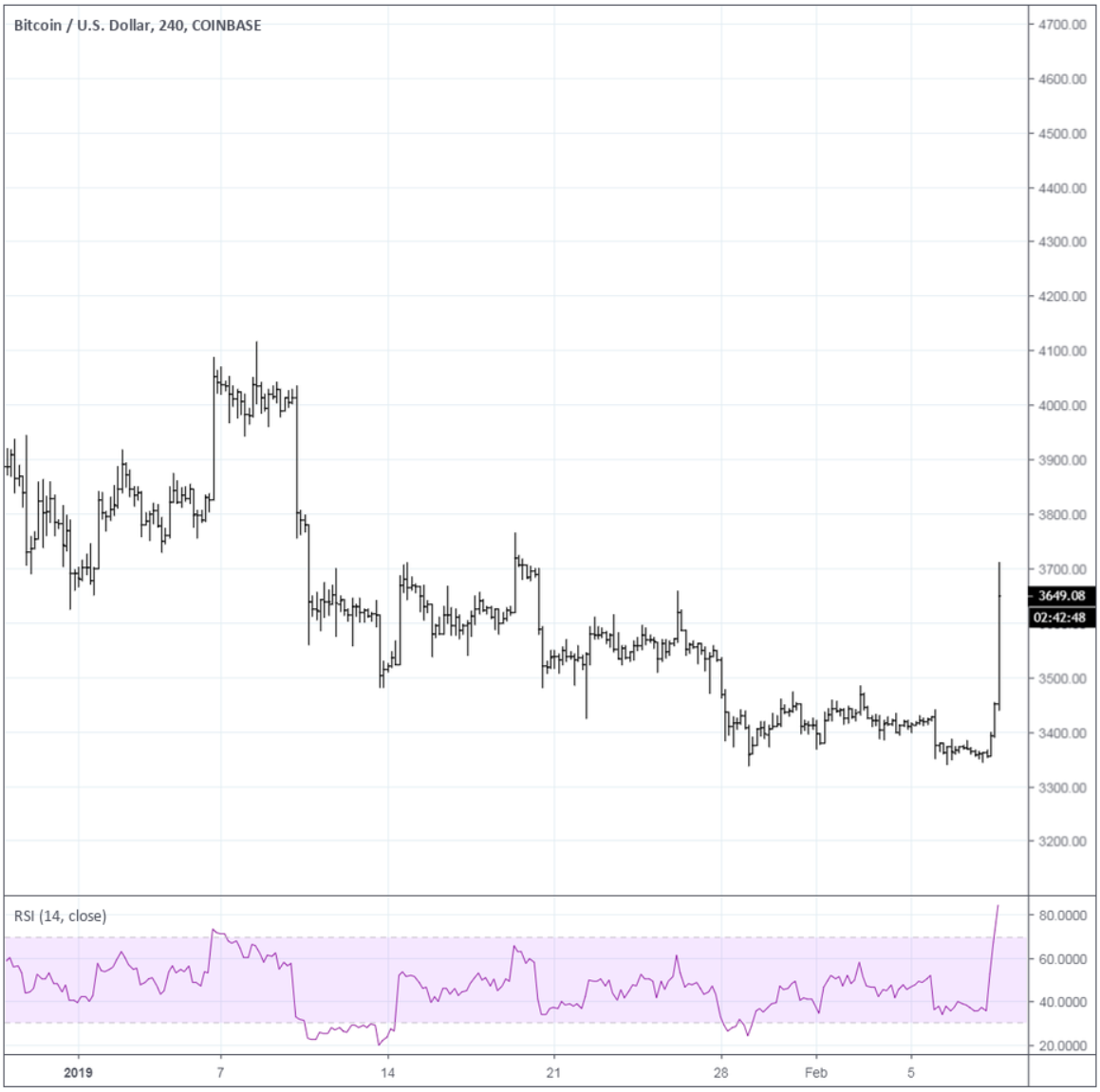 The Toronto-based trader said some industry participants are pointing to bitcoin’s hash rate, which hit a three-month high, for the reason behind the sudden surge. The hash rate is a measure of a miners performance and a higher hash rate increases the chance a computer has of solving the complicated puzzle required to earn cryptocurrency.

The market value of all cryptocurrencies rose by $6 billion in less than 30 minutes, according to data from CoinMarketCap.