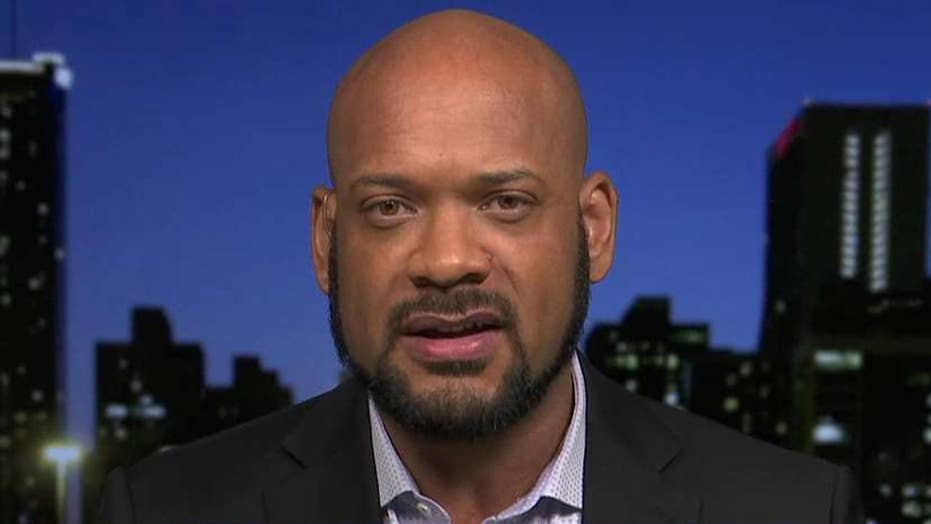 A board member of the new Black Voices for Trump Coalition appeared on “Fox & Friends” Friday, taking issue with the media’s effort to downplay President Trump’s contributions to the black community.

“What the president has done and is doing for our country, for the black community, is so underrated. It gets downplayed at every turn by the liberal media,” David Harris Jr. said, touting the new initiative of the Trump 2020 campaign.

“They don’t want to focus on any of his successes.”

Trump departed the White House on Friday to launch a new re-election campaign initiative in Atlanta that will focus on African-American voters. Harris Jr. said that he was “excited” to be a part of the coalition.

Harris Jr. said he recently had a conversation with his driver, a black man, while en route to the event and he asked about Trump’s contributions to the black community. The driver responded that he “had no idea" about the subject.

TRUMP LOCKED IN TIGHT CONTEST IN 2020 BATTLEGROUNDS, DESPITE TRAILING IN NATIONAL POLLS

Harris Jr. spoke of Trump’s signing into law a $360 million funding for Historically Black Colleges and Universities and the record-low black unemployment figures.

Harris Jr. also noted that the campaign initiative will consist of law enforcement officers, health care professionals, business owners, and activists that have been successful in “improving their communities.”

“Most black Americans don’t know because the liberal media doesn’t want them to hear and we are dedicated to bringing the truth to the people in a very strategic way with digital media and social media. Something that’s never been done before,” Harris Jr. said.