Breakingviews – Chancellor: Monetary cure carries risk of its own

LONDON (Reuters Breakingviews) – If all you have is a hammer everything looks like a nail. The Federal Reserve is employing two major tools to combat coronavirus: cutting short-term interest rates to near zero and expanding its balance sheet by a further $700 billion. The Bank of England has likewise taken UK interest rates to their lowest level in its 300-year history. 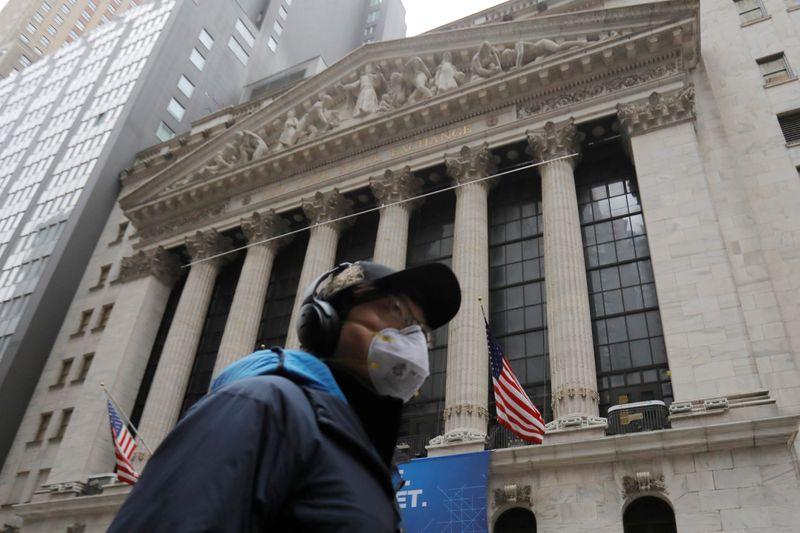 The trouble is that monetary policy can do little to alleviate the severe economic disruptions caused by the rapid spread of Covid-19. What’s more, experience from the 1970s suggests that accommodating a supply shock with easy money is likely to unleash nasty inflation.

Incautious use of hammers can lead to a lot of sore thumbs. Last week’s market convulsions, which saw the largest decline in the S&P 500 Index since the 1987 crash, were triggered by the Fed’s previous rate cut. As a result of this unexpected move, relative-value fixed income strategies on Wall Street faced a funding squeeze. Since these funds used debt to juice their returns, they were forced to disgorge assets, setting off an avalanche of sales. The market quickly recovered most of its losses.

Recent experience suggests that radical monetary cures can be worse than the disease. Extreme policies from central banks in the post-Lehman Brothers era have rendered the global financial system acutely vulnerable to the current pandemic. For a start, companies have availed themselves of low interest rates to take on too much debt. Since 2007, U.S. non-financial corporate debt has more than doubled, according to McKinsey. Emerging markets have also borrowed up to the hilt.

Furthermore, credit quality has nosedived.  Around half of American corporate debt is just one notch above junk, reckons Guggenheim Investments. Leveraged buyouts are more leveraged than ever before, and junk bonds are junkier. Last year, the International Monetary Fund warned in its Financial Stability Report that an economic slowdown as severe as the global financial crisis would put some $19 trillion worth of corporate debt (40% of total) at risk.

Furthermore, ultra-low interest rates have kept many loss-making companies in business. As a result, the global economy has become infested with corporate zombies. Last year, at a time when the U.S. economy was growing and its stock market booming, around 40% of listed American companies were unprofitable, according to the Wall Street Journal. The situation is even worse in Italy, Spain and China. Keeping lots of capital trapped in unproductive businesses has served to reduce productivity growth.

Easy money has also stoked asset prices to elevated levels. Inflated markets are more liable to collapse. At the start of this year, the U.S. stock market was trading at a higher valuation level (on many metrics, including cyclically adjusted price-to-earnings ratio) than at almost any time in history. Several years ago, former Secretary of the Treasury Larry Summers observed that America’s economy only appeared to grow when a bubble was being inflated.

In recent years, American household wealth and total financial assets have climbed to their highest ever levels relative to GDP. Silicon Valley’s prosperity depends on the bloated valuations of its army of unprofitable unicorns. Now the virus threatens to burst this great wealth bubble, bringing economic growth to a halt.

The bond markets provide another potential source of financial vulnerability. Some $15 trillion worth of bonds around the world trade at negative yields, Deutsche Bank estimates, with Swiss yields printing negative out to 30 years. Governments and companies have taken advantage of ultra-low rates to issue 100-year bonds. Duration risk, which measures the change in bond prices from movements in interest rates, has never been higher. Since most of the more than quadrillion dollars’ worth of notional derivatives are linked to fixed income assets, a sudden repricing of today’s highly distorted bond markets could prove devastating.

Liquidity in the bond markets has also dried up in recent years. In part, this is a consequence of financial regulation which induced banks to give up on their traditional role as market-makers. But it’s also due to yield-chasing investors who have rushed into bond funds and exchange-traded funds, whose daily turnover far exceeds that of their underlying assets. When the markets crashed last week, several ETFs started trading at discounts to their net asset value and credit spreads spiked.

One of the consequences of cheap dollar financing in recent decades has been to extend the length of global supply chains. It’s not uncommon nowadays for manufacturing processes to take place across five countries or more. Globalisation and easy trade finance have reduced the prices of manufactured goods and kept a cap on inflation. This benign “supply shock” is now being replaced by a negative one, as panicking countries close their borders and workers are forced to stay at home.

Whereas the financial crisis after the Lehman bankruptcy was a demand shock that proved responsive to monetary policy, central banks aren’t best equipped to deal with supply shocks. In fact, the last time the world faced a severe supply shock was in the 1970s when the OPEC countries cut oil exports and hiked energy prices. The Fed, under Chairman Arthur Burns, sought to alleviate the oil crisis with easy money, thereby stoking the great inflation of that decade.

To be fair, central bankers are not arguing that slashing interest rates and printing money will resolve the coronavirus panic. Last week, European Central Bank President Christine Lagarde claimed that it was the responsibility of Europe’s governments to deal with the pandemic. Fed Chairman Jerome Powell also stated on Sunday that “only fiscal policy can… reach out directly to affected industries, affected workers.” The UK’s new Chancellor of the Exchequer Rishi Sunak had shown the way forward with a budget splurge to ward off the crisis and the promise of further billions of pounds of infrastructure spending. Sunak even adopted former ECB boss Mario Draghi’s promise to “do whatever it takes”.

But all of this means that a severe global supply shock is going to be met by fiscal activism, supported by easy money. If history is a reliable guide, investors should start preparing for inflation to return with a vengeance.